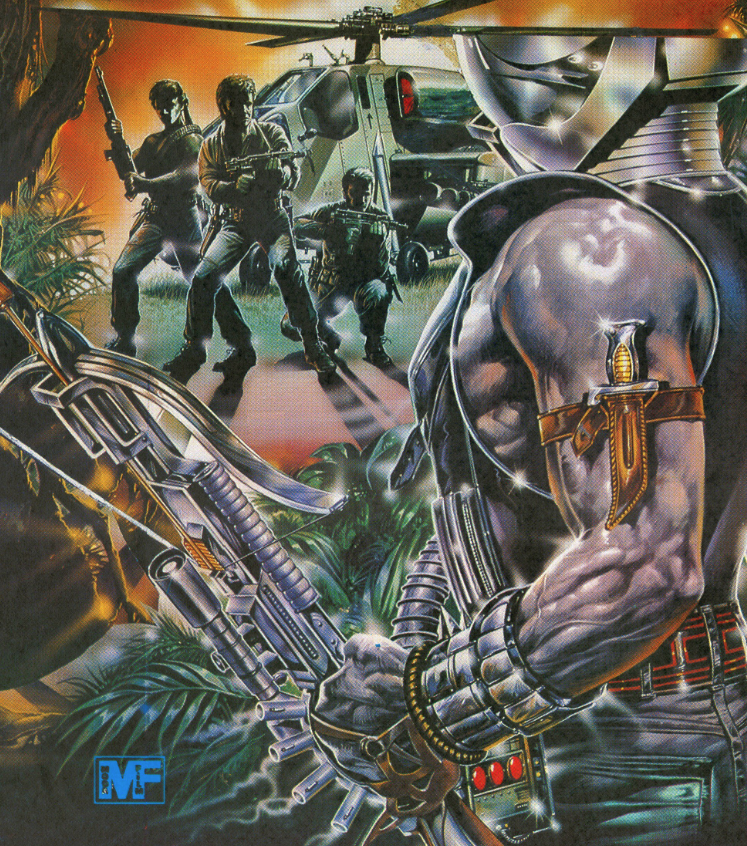 Having been impressed by Mattei's aptitude for creative plagiarism in Shocking Dark I decided to give another of his films a go to see if it was a one-off or whether he was prone to ripping off much better movies on a more frequent basis.

In Robowar a group of muscle-bound commandos and a deceptive intelligence officer are sent into the jungle on a secret mission where they are hunted down one-by-one by an elusive creature who can see via a form of heat vision. So yes, it would appear it's habitual. However, rather than focus on all the things Mattei has copied from Predator director John McTiernan I thought I'd focus on what he has done differently. This way we can begin to fairly assess Mattei as an artist in his own right.

McTiernan introduces his group of badass commandos in what has become the standard for macho repartee as they trade quips, chew tobacco and pump golden oldies while they swoop over the jungle canvas in attack choppers. Mattei, however, introduces his team (known as the Big-Ass Motherfuckers, or B.A.M. for short) on a slow boat ride as they make off-colour Aids jokes and dress like this: 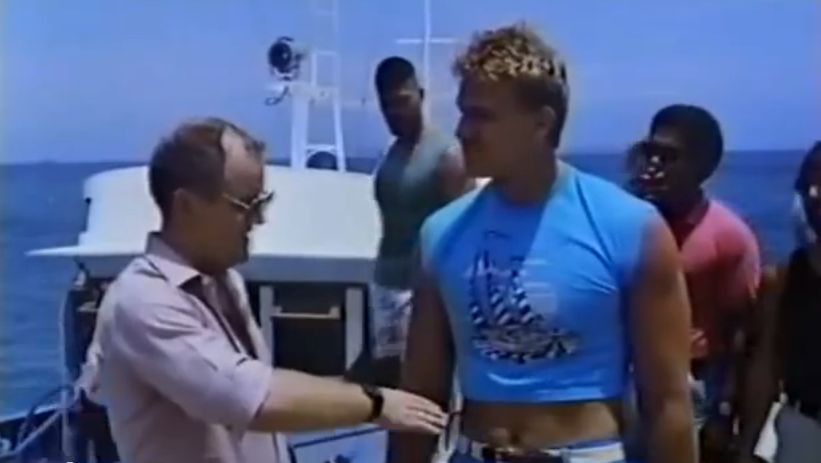 What further separates this bunch is that they are completely inept. In Predator, the iconic scene where the team open fire on the jungle only happens once desperation has taken hold of its members. In Robowar B.A.M. are not in the jungle a minute before they see some leaves rustle and one of them blindly opens fire into the unknown screaming as his does. It's only after he's unloaded into the foliage that they then think to check what it might be. The fact that this happens another two times (the third time being the actual rip-off of the aforementioned Predator scene) suggests this is not panicked fire but the units main operational strategy. As a result I imagine most of this units kill count is collateral damage and they probably don't even realise that is a bad thing.

When not fighting trees and screaming B.A.M. also like to disregard orders to launch assaults on local guerrillas, presumably because they've not drawn enough attention to themselves already. It is here we can once again clearly differentiate between this unit and the ones in Predator. While team Predator use stealth and ingenuity to creep up on their targets, B.A.M. stand in a line and yell "Hey, assholes!" before, you guessed it, opening fire and screaming. 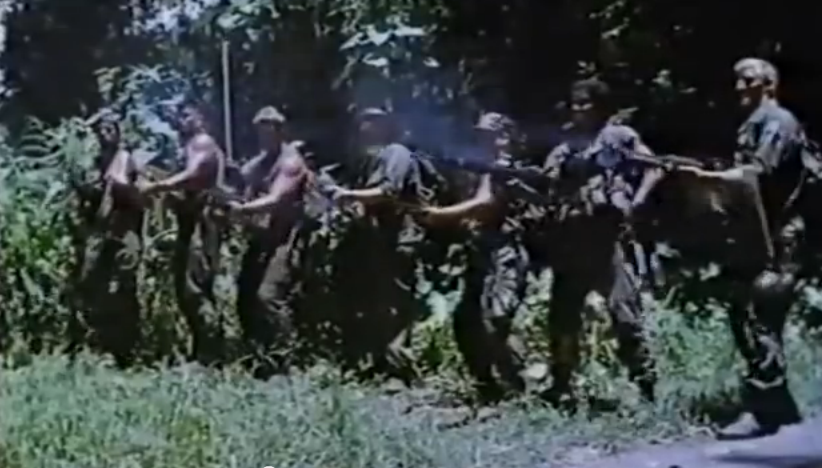 So it is already clear that Mattei has a unique vision for his military unit making them loud, irresponsible, inaccurate and in possession of none of the qualities required to be an elite unit of soldiers.

McTiernan created a tangible feeling of heat and tension though his cinematography. This, along with Alan Silvestri's careful use of distant percussion and orchestral music, allowed the movie to drift from small moments of rope-tight tension to grand science fiction moments of scale effortlessly.

Mattei primarily uses a synth track that sounds not unlike the music from a Sonic the Hedgehog level. He plays this same track over and over, mostly through the endless wide shots of the team walking through the jungle destroying all the danger, mystery and atmosphere that the location offers. More than that, the music drops out every time we cut back and forth to the robo-vision brilliantly making it sound like the music is diegetic. Mattei also likes to avoid logic, internal or otherwise. This shows most explicitly when a man explodes for no reason.

McTiernan also had use of one of movies most exquisitely designed and realised creatures which helped somewhat, but the way in which the alien creature moved through the jungle was also part of its charm. Mattei has a robot that lumbers around muttering in a robotic voice all the time and looks like this: 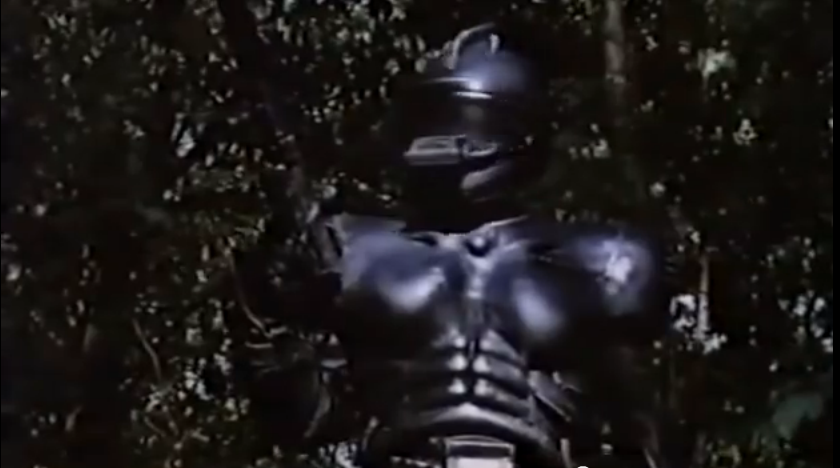 The rest of B.A.M. don't really get much to do except die off-screen. Quang, on the other hand, plays a slightly bigger role being an ethnic tracker with some greater, almost mystic, sense of what is going on. Oh wait, that's the same as Billy in Predator. Well at least he doesn't offer to hold off the hunter by bearing his chest and pulling a large knife and… 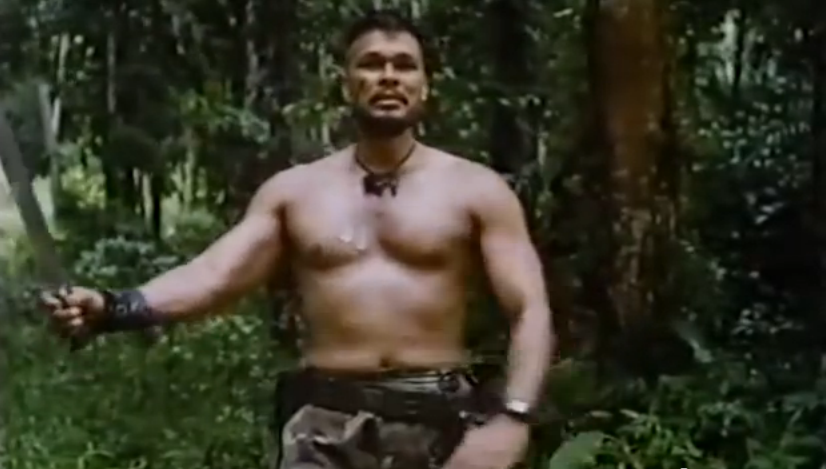 Oh, right. Okay ignore everything I said about Quang.

Forgoing the back-to-basics warfare between man and monster, Mattei loads his climax with a twist. The robot killer is actually a cyborg made from the remains of Brown's long-thought dead best friend. Once the two make eye contact they realise they should not be fighting each other. Actually, that's not the case. Brown immediately shoves him over and explodes him. Luckily, the robot survives and they get to have another heart-breaking moment of eye contact. This time Brown does some acting and the robot hands him a device that can kill him. I can only assume he does this because he has become tired of being a robot, or something. Anyway, he explodes again and Murphy leaps of a waterfall screaming as he does. We then get the credits which begins with a shot of each of the cast members and their names, exactly like Predator. 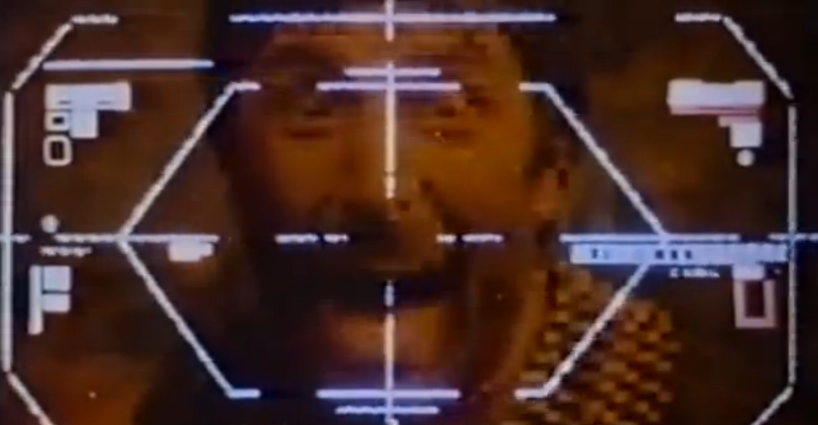 Okay, I'm fooling no-one. This film is essentially a shittier Predator. Having said that it is a hoot. The one sustained action sequence the movie has is not only competent but full of fun moments (a guy blowing someone up with a grenade then shooting him) while the film is peppered with magic moments throughout its running time. Copycat or not, Mattei knows how to give a good time, even if he doesn't realise he is doing it.