Icons of the Overlooked #4: Reb Brown 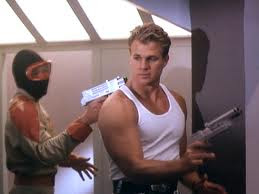 The purpose of this feature is to highlight artists who should, by all rights, have transcended cult status and entered the mainstream. Reb Brown, however, is slightly different.  This is an actor yet to even reach cult status.

That might be unfair.  Reb Brown does have a small following, undoubtably appearing on many a radar due to his role as Marvel's sential of liberty in Captain America (Rod Holcomb, 1979) and Captain America 2: Death too Soon (Ivan Nagy 1979). 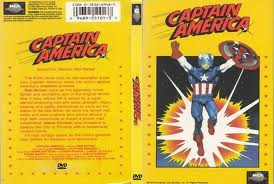 These TV movies may secured Brown's place in Marvel lore, but not in a good way.  Not only did they significantly tamper with Cap's backstory, but with the costume as well. The changes that occur during the process of adaptation can always be justified if the final production is good.  Alas these films are not regarded so and are often forgotten.

The Reb Brown method has two distinct modes:
Brown expertly slaloms between these two modes, sometimes turning on a dime when you least expect it. Yet Brown's range does not stop there. Like Derek Zoolander's Magnum, Brown was keenly developing a third mode of acting; the high-pitched slightly manic laugh.  Yet it's the shouting that really sets Brown apart from the rest of the bunch. Here is a montage of some of his finest shouts.

Brown applied his method to a number of genres and some of his most memorable moments can be found in his dalliance with science fiction.  Brown's space opera/cave-man mash-up Yor: The Hunter from the Future (Antonio Margheriti, 1983) has been mentioned on the podcasts, but for those that didn't actually believe the film existed, here is the trailer:

But trumping Yor is Brown's sf epic Space Mutiny (David Winters and Neal Sundstrom, 1988). I could honestly spend an entire article discussing this film so instead will let this one clip do the talking for me:

I may be coming across a little sarcastic so far, it's hard not to, but despite everything I've shown you above I do believe Brown deserves greater recognition. Though Brown's potnetial was often obscured by the fog of poor production values and direction, very occasionally the horn of his charisma could be heard.

Uncommon Valour (Ted Kotcheff, 1983) is one of my favorite eighties war films. It riffs on the oft-told story of army vets going back to vietnam to rescue forgotten POWs, yet stands out because it doesn't use this trope as a platform for patriotism. This film is about a man trying to get his son back and it's this emotional core that sets the film apart from other, more gung-ho, films of the period. 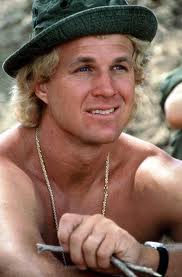 Don't get me wrong, it's an action movie first and foremost but with a solid emotinal centere and amazing chemistry between a great cast (that includes Fred Ward, Tim Thomserson, Rex Cobb, Patrick Swayze and Gene Hackman) it's a guilt free pleasure and effortlessly entertianing. The cast is full of actors on the brink of breaking out and Brown fits snugly in amongst them all, providing a manic, but always likeable, energy amongst the macho posturing.

And that is why depsite the evidence above, I firmly believe that surrounded by the right cast, material and director Reb Brown could have easily devleoped into an engaging 80's action star with a huge cult following all of his own. 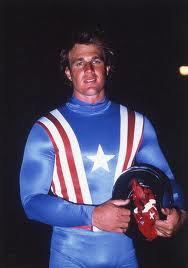