Skip to main content
Labels
Posted by Doctor Gogol May 06, 2017 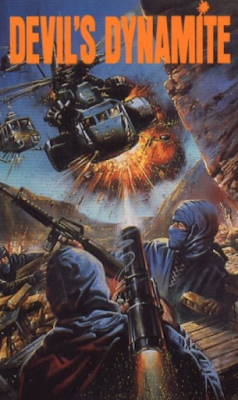 When you have watched and written about so many B-movies you can become numb to the lack of basic craftsmanship that constitutes the minimum expected competencies of a feature film. To prevent bars being permanently lowered it is sometimes needed for a film to come along that is so poor it jars you out of your malaise, reminding you that there are indeed acceptable standards a movie should achieve. Devil's Dynamite is such a film. I shall now valiantly try to recount the plot of this movie:

A criminal gang has conjured a bunch of vampires to help enforce their drug operations while an ex-gangland boss tries to marry out of the criminal life only to be dragged back in by the reappearance of a newly released criminal mastermind. Also, throughout this movie a man dressed in a silver jump suit and foil neckerchief appears and fights the undead creatures. I think he is supposed to be the hero. 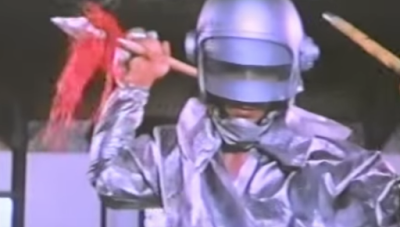 This is movie is so inept I have watched the entire thing and cannot tell you the name of the hero, what he is, why he does what he does, whether he succeeds or what happens to him after he has disappeared.

I can tell you the name of the mysterious mastermind though. Like Keyser Soze he is a myth among criminals. His return to the criminal underworld much anticipated and his name is on the lips of every low-life and gang member. A genuine sense of anticipation is created proceeding his appearance on screen. This build up is the first successful piece of storytelling in the film and merely requires the reveal of an imposing figure to stick the landing. The name of this criminal boogey man? Steven Cox.

So, in short, Steve Cox is back, he is upset about his old flame marrying some guy and a tinfoil Biggles fights vampires. Beyond that I not only failed to comprehend the story but at times genuinely wondered why someone pointed a camera at the thing I was seeing on screen. In fact the movie's main assets were some of its baffling choices. 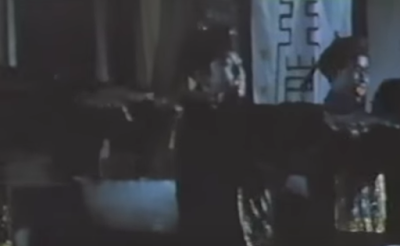 The movie features Jiangshi, or Chinese hopping vampires. These goofy dudes are always welcome on my screen and the ones in this movie look fairly good. Early on they are pitted against a bunch of shadow warrior ninjas, who they beat with ease. It would have been nice for the ninjas to stick around a little longer but at least they are replaced by our crazy silver friend. 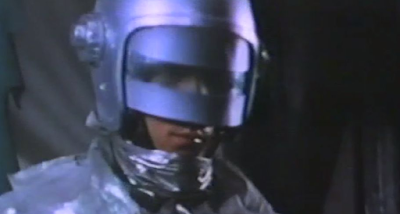 This movie is part of the semi-official Robo-Warrior Trilogy which clues me into the fact this guy might be some kind of kung-fu robot super hero. This is never even mentioned in the film though; the guy literally just appears and disappears in puffs of smoke.

This is a Chinese action movie and as such the fighting on display is above average. It's no Shaw Brothers movie but the final fight scene does, in all fairness, contain some decent choreography and stunt work. It does also feature a moment where a wizard (I think) puts a small, child-like drawing of man on the back of a weakened Robo-Warrior, causing him to moonwalk and do the robot while fighting the vampires. At one point the drawing of the little man appears on his fist and when he punches a vampire with it the vampire explodes. I cannot explain this series of events. 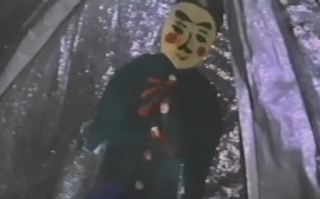 There is a fabulous edit from a gaping eye-wound to a mid-ceremony wedding that is a piece of editing second only to 2001: A Space Odyssey and any wedding that features the bride yelling "don't threaten me you little piece of shit" down a phone in the middle of the wedding march before continuing the ceremony as if nothing has happened gets my vote. 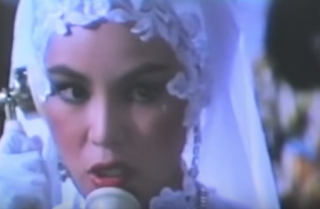 It is also worth noting there is no dynamite in this movie.

If I were a betting man I'd lay money on this being two different movies (one a crime melodrama, the other a superhero/vampire fight movie) being spliced together with some clumsy dubbing to tenuously link the two clearly unconnected narratives. This wasn't an uncommon practice as those familiar with Godfrey Ho will know. It is also therefore very likely the title was plonked on just because it sounded good. Whatever the case this nonsense tested even my patience and only gets a pass for legitimately baffling me at times.

Despite a shocking lack of storytelling and basic common sense another movie was made featuring a similar subject matter and characters and thus the Robo-Warrior Trilogy began.

Obviously I'm going to watch the other two. 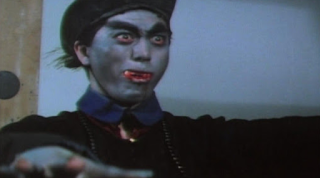