Skip to main content
Labels
Posted by Doctor Gogol May 05, 2017

Icons of the Overlooked #15: Michael Ironside 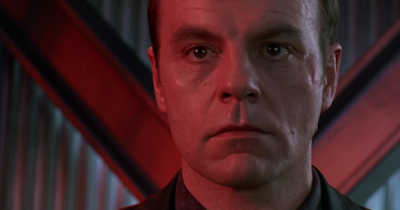 How did it take this long to write about Michael Ironside? This seething ball of gruffness has been a staple of genre movie making at all ends of the budgetary scale. He would often pop up in movies and frown at the good guys but don't be fooled: that famous sneer is merely a shark's fin; an extension of a much more versatile beast that lurked under the surface.

Of all his genre work the awesome Total Recall must stand his most well known. Ironside's Richter was not your average henchman. Rather than cast an equally muscular punching bag for the Austrian lead to duke it out with Director Verhoeven went with someone that would bring more depth to what could have been a one dimensional role. Vicious, merciless and yet with a tendency to be left humiliated by both Schwarzenegger's Quaid and Ronny Cox's Cohaagen in equal measure. For all his callous corpse-stamping and angry shouting one can't help feel a little sorry for the dude when we finds out that Quaid and Cohaagen have been best buddies all along and that Richter would never be a part of that villainous circle. Not to mention that Cohaagen assigned Richter's girlfriend to be Quaid's wife - can you imagine the meeting where he broke the news to him? Although that dynamic fuelled Richter's anger Ironside used it to imbue him with an element of pitiful goofiness and, at times, made the guy a little pathetic. Bold choices for a character whose main function is to antagonise Arnie. 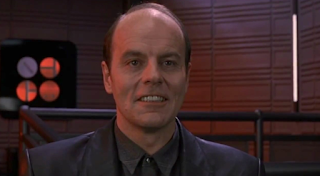 Ironside often rendered seemingly simple characters in complex colour and shade. Verhoven gave Ironside a smaller role in Starship Troopers, this time playing military instructor Rasczak. For the training portion Ironside uses his trademark growl and sneer as expected but once the war is in full swing and he's placed back in action, cyborg hand and all, there is an element of charm he exudes that makes his eventual demise quite upsetting to watch. It's subtle, borderline unnoticeable, but for an actor often cast in 'angry dude' roles he was capable of incredible subtlety. He also gets to turn right into camera and say the line "they sucked his brains out". Less subtle, but that's Shakespeare to me. 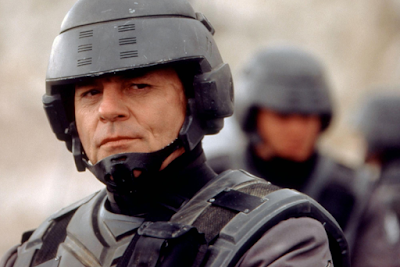 Ironside got to dig into the scenery a little more as the bad guy in the maligned Highlander 2: The Quickening. The movie is batshit enough to be a fun sci-fi/fantasy that comes undone more by the fact it's supposed to be a Highlander sequel than its own narrative and pacing missteps. Here Ironside goes full on nuts and although it is a less comfortable fit he gives it everything he's got. 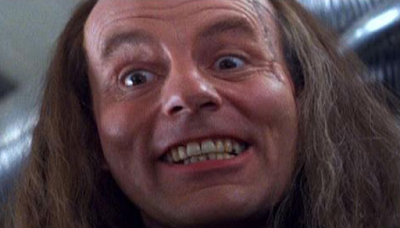 More successful a pantomime villain is the marvellous Overdog from absolute joy Spacehunter: Adventures in the Forbidden Zone. Ironside doesn't fight the layers of make-up and mechanical crane he's attached to but uses them to fashion a truly weird cyborg bastard overlord. 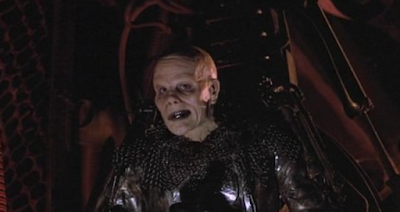 Ironside had his fair share of protagonist roles too. Despite an almost perpetual grimace Ironside has a charming, Tom Baker-esque grin that was immensely endearing. This allowed him to play rogues and scoundrels as naturally as angry bad guys. Ham Tyler was by far the edgier, cooler hero in V while he more than adequately carried the straight to video but incredibly convincing post-apocalyptic Neon City. 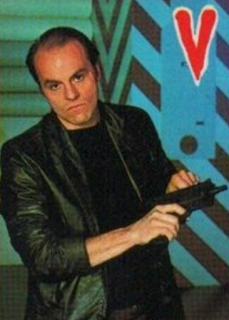 One of the reasons I consider Ironside to be somewhat overlooked is that his famous roles often obscure the breadth of his filmography. The guy just hasn't stopped working. I'd clocked him in Terminator: Salvation and X-Men: First Class but his IMDB page is stocked with movie roles, TV roles and voice work. And I haven't even had chance to talk about Extreme Prejudice, Turbo Kid or the fact he is Darryl fucking Revok in Scanners! 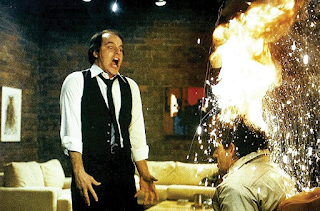 Ironside is the kind of actor that makes me grin every time he walks on screen and even though his most famous work will no doubt be the ones where he got to angrily antagonise a hero his body of work shows tremendous versatility and charisma.

Want proof? Look at every one of those stills - every single one wears Ironside's face but behind those eyes and hidden in that posture are clearly distinguishable characters. Everyone one a visibly different person, irrespective of costume or setting. The guy can communicate character in still images. Ironside isn't just an action star with an awesome name - he's a bloody amazing actor. 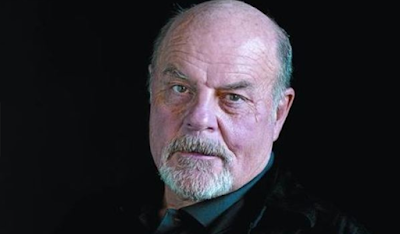