Paul Naschy's blend of classic gothic horror with European sensibilities saw a resurgence in the Spanish horror genre during the late 60s. This clash of stylised and evocative mis en scene with a brazen use of gore and sexuality proved popular not just in Spain but in Germany, Italy and further on into the East. Spurred on by this genre renaissance Amando De Ossorio wrote and directed four films featuring a corrupt order of knights (based on the Templars) who are resurrected in various ways and set about destroying the living. Ossorio shot each of the Blind Dead films in around five weeks with little money and and lots of pressure from foreign producers who, hungry for erotic content, were keen on Ossorio to exploit the increasingly relaxing censorship of the waning Franco regime. Despite these difficult conditions Ossorio managed to create a series of unsettling and iconic horror stories that hide their limitations while using their strengths to the fullest. 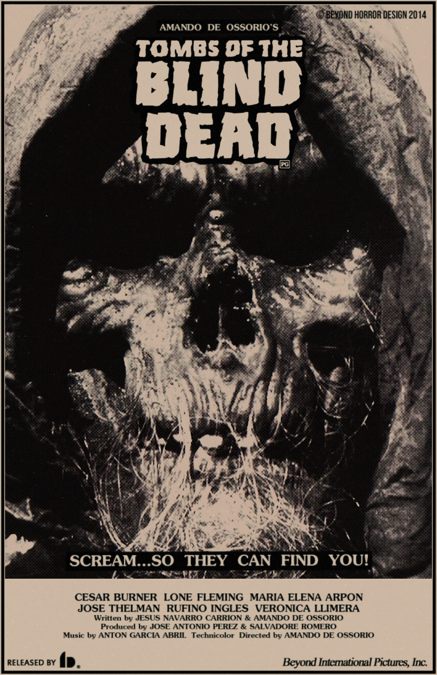 A trio decide to go on a railway trip but the pressures of a romantic history between two of them forces a member to leap from the train and spend the night in an abandoned medieval fortress. When she is found murdered her two friends decide to spend the night in the fortress themselves in an attempt to uncover the events that lead to her death. They soon discover that she had become the first victim of the Blind Dead.

Like many of the Spanish horrors of this era Tombs is steeped in gothic iconography. What sets them apart from the Universal and Hammer movies is that rather than using sound stages and sets most of the interiors are on location in actual ruined castles and monasteries. This, coupled with the edgier sex and violence, give the films a sense of grittiness that a lot of gothic horrors don't have and as a result Tombs often feels like the child of a classic horror and an exploitation movie.

Not only are the settings impressive but the creatures themselves are exceptional. Ossario was under pressure from producers, eager to replicate Naschy's success, to include classic monsters like Frankenstein and Dracula. Ossario luckily convinced them otherwise as his creations are exceptional. Rather than applying make-up to actors a combination of masks and puppetry were used to create the look of actual walking corpses. The creatures, draped in rotting capes and cowls, are iconic and convincing. Since the knights had their eyes plucked out by crows in their previous incarnation they hunt by sound. This scare mechanic results in some exciting sequences as their prey try and conceal movement, breath and in one case their heart-beat to avoid being caught. 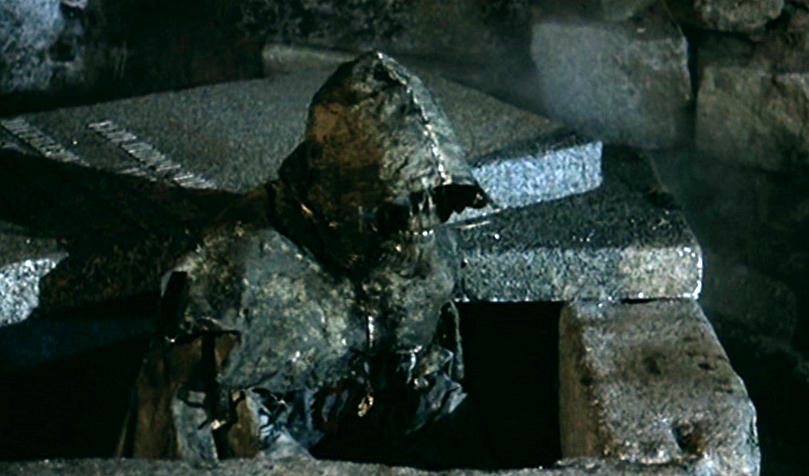 Fleeing is also futile, as these undead knights still know how to ride a horse. The site of them pounding across fields on horseback in slow motion is terrifying and makes them an almost inescapable threat. 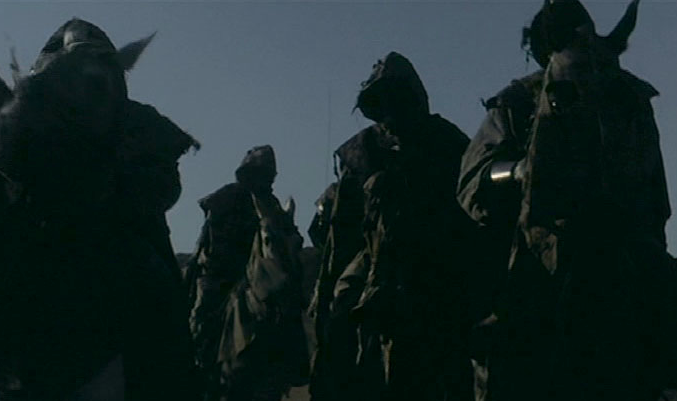 The middle section of the movie spends a little too much time with odd sub-plots. A ghostly apparition in a mannequin factory doesn't make much sense and the involvement of a wanted criminal and his promiscuous girlfriend leads to a predictably unpleasant outcome. It's arguable the inclusions of the latter are a response to the pressure to fill the film with sexual content. There is a girl-on-girl flashback, some brief nudity and some sexual violence. Despite all of this the film remains strangely traditional in its morals as all of the partner swapping and hanging out with criminals leads to horrible deaths. 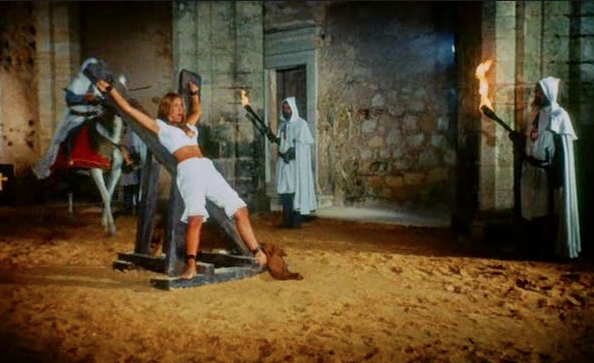 Considering the inescapable monsters and the narrative's tendency to punish those that transgress traditional values one should really see the ending coming a mile off. The climax is clearly the result of a limited budget but one that ends up benefitting from its minimalism. The mere use of a still frame and the sound of screaming ends up being immensely unsettling and conjures images of the kind of apocalyptic ending favoured by zombie movies of the same era through implication alone. 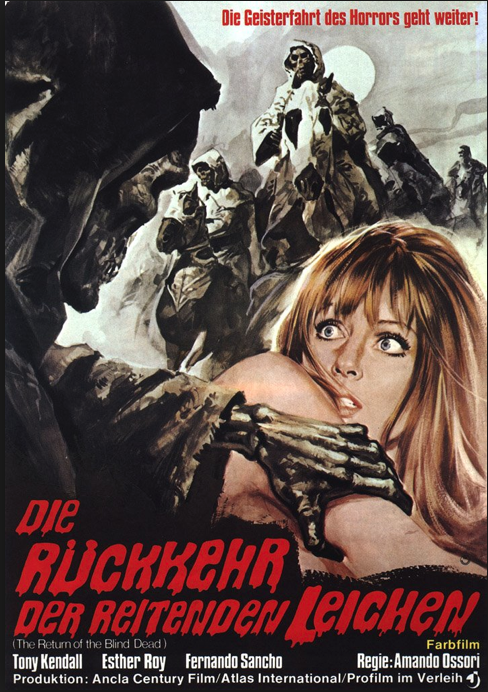 A small town run by a corrupt Mayor tries to celebrate their annual festival only to find it interrupted by the resurrection of the Knights Templar. Taking refuge in a nearby Church a local mobster, his girlfriend and the man she truly loves try to fight off the sightless undead. 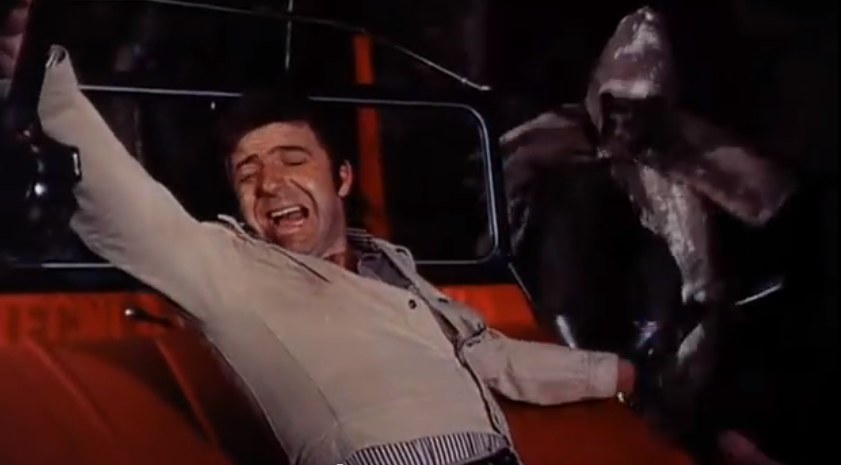 This sequel doesn't directly follow on from the previous entry and although it adopts a more traditional siege narrative a lot of the themes, plus the mix of modern and gothic imagery, remains the same. Sex, crime and love triangles may once again be the thematic focus but this film mostly steers away from any unpleasantness and unlike the previous entry the narrative stays focused for the majority of the running time. Women still don't fare particularly well and the treatment of deformity is hardly handled with care, so the movie isn't exactly progressive. It does, however, highlight the often overlooked plight of the heroic fireworks organiser. It's very rare a pyrotechnics technician is featured as the protagonist and so it is a real relief that the film shows them for the square jawed, macho love machines they really are. 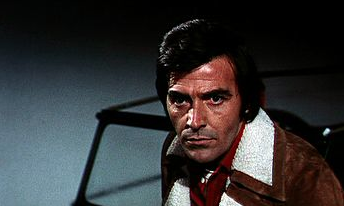 The creatures are still great and the cracks in the budget are covered even more successfully this time round. The siege element of the movie is handled nicely resulting in a movie that is a little sillier than its predecessor, yet less problematic and more cohesive. The ending isn't anywhere near as effective or satisfying as that of Tombs even though it does result in some striking imagery. 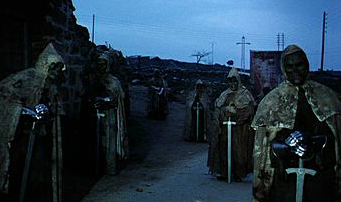 The first two movies in this series are dripping in atmosphere. They are brilliantly produced horror movies with edge and although there is the occasional nastiness of the sexual variety the movies still come off as fun.