If you like horror then chances are you'll have had a discussion about your favourite episode of The Outer Limits, or shared memories of the middle story in that Amicus portmanteau movie that scrambled your bowels as a kid. This triple-bill is my opportunity to share some of my favourite short horror stories. They might be slim on minutes but they are big on frights! 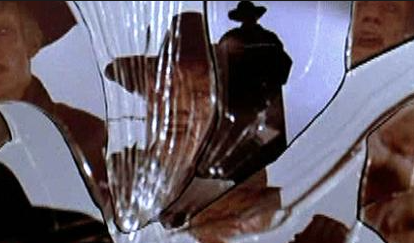 Amazing Stories had a fairly broad agenda, however it wasn't afraid to deliver an episode that was drop-your-maltloaf scary. Mirror, Mirror, directed by THE Martin Scorcese, was such an episode. A horror film director returns to his modern but isolated home in the Hollywood hills only to discover that every time he looks in a mirror he sees the reflection of a caped phantom standing behind him. It is a simple device and one that allows for plenty of jump scares both in the movie and subsequently every time you look in a reflective surface. Having re-watched it through my now jaded and de-sensitised adults eyes it's not quite as effective as I'd hoped (especially the climatic moments) but it still remains a great idea with imagery that lasts in the mind long after the credits have rolled.

Not strictly horror but like the previous entry this, the centrepiece of Cat's Eye, goes against the usual gag/punchline structure of most horror shorts and instead builds on a fun conceit that wouldn't have stretched to a feature. Airplane's Robert Hayes is caught with the wife of a mobster in the penthouse suite of a skyscraper and given one opportunity to get out of trouble: If he can climb out onto the ledge of the building and climb around its circumference without falling to his death than the mobster will let him go free. What follows is a surprisingly exciting set piece generating some genuine high-wire thrills. Hayes is a delight to watch, balancing terror with exasperated humour (his delivery of "...you flying shithouse!" is gold) with expert precision. There is a sting in the tale that tries to inject some horror into the story (thereby justifying its inclusion in this anthology of Steven King horror shorts) but it remains a story that generates its scares by dangling a man over a ledge rather than murdering a babysitter in her sleep. 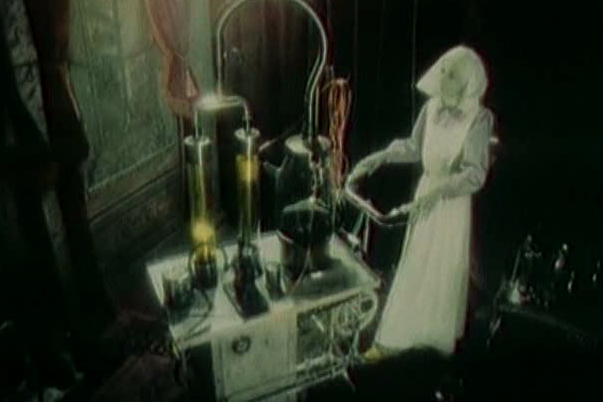 Jiri Barta is a Czech animator usually associated with stop motion. In 1987, however, he produced this live action short film that is both enthralling and unsettling all at once. A burglar breaks into an old ramshackle house with the intention of stealing whatever he finds but gets rather more than he bargained for. Barta's mix of stop motion and live actors renders motion awkward and uncomfortable while some of the images depicted are nightmarish. Nightmares are key here and it is something that most filmmakers get very wrong. Very rarely do nightmares take the form of perfectly detailed flashbacks, or logically sound scare sequences. Most nightmares are bizarre and ridiculous, defying logic to the point that the person involved cannot trust anything. The Last Theft is the closet I've come to a waking nightmare and one that has stayed with me for some time. It is absurd, unsettling and an absolute joy.

Horror shorts are no longer confined to portmanteau movies, TV shows or festivals. With the explosion of digital distribution frights have gone viral and as such this selection of shorts can only ever hope to represent a minuscule portion of my own favourites, let alone of the medium as a whole. So in the grand tradition of ghost stories let's start sharing our own favourite horror tales in the comments below!
Labels: Triple-Bills