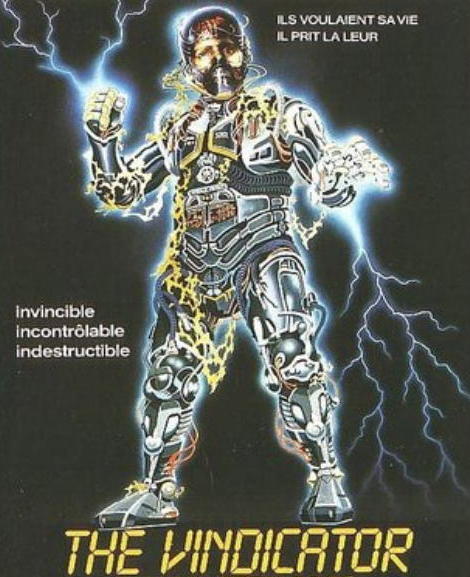 Hands up who wants to read about what appears to be a cheap Robocop clone but actually has a lot going for it albeit in an endearing TV movie way? All of you? Well isn't that a happy co-incidence?

The Vindicator begins with a bunch of real dickhead scientists who make a monkey's brain explode. When a scientist who was not present for the monkey murder (therefore qualifying him for the role of hero) starts inquiring about what value their research actually has he is mysteriously killed in a freak lab explosion. It is clear that this was arranged by his slimy and unethical boss who then convinces the rest of his dickhead science team to dig up their dead friend's corpse and perform their experiments on him and they all agree with very little persuading. He calls this experiment 'Project Frankenstein' (just in case you where still on the fence about the whole are they/aren't they dickheads debate).

They get his brain going and fuse his body to a robotic prototype space suit. But guess what? Something goes wrong and not only does our hero retain his memories but loses control of his emotions. He perceives even the slightest physical contact as an act of aggression and overcompensates in his retaliation. He escapes and sets about hunting down those that betrayed him while trying to avoid accidentally murdering innocent people and occasionally talking to his widow via a synthesiser.

The suit, built by Stan Winston studios, is actually pretty cool. Matt black and packed with detail this suit leaves our heroes eyes as the only visible part of humanity. The effects work doesn't stop there, however, as underneath his robotic faceplate lies an effectively gruesome fleshy skull-face in a glass casing. 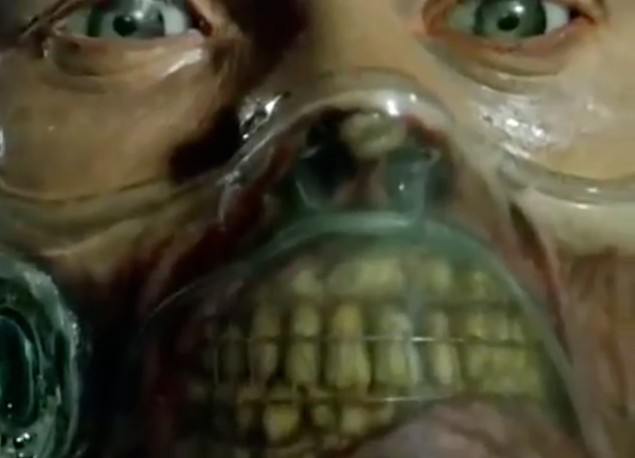 The sets and locations are equally good and are exploited for atmosphere at every opportunity. The action, although infrequent, is well handled. A sewer hunt that ends in the liberal use of makeshift flame-thrower is particularly effective while the final fight, pitting cyborg against cyborg, is excitingly staged and causes quite a bit of destruction. And if all that wasn't enough, they also throw in Pam Grier as a tough mercenary hired to bring down this big bad robot. 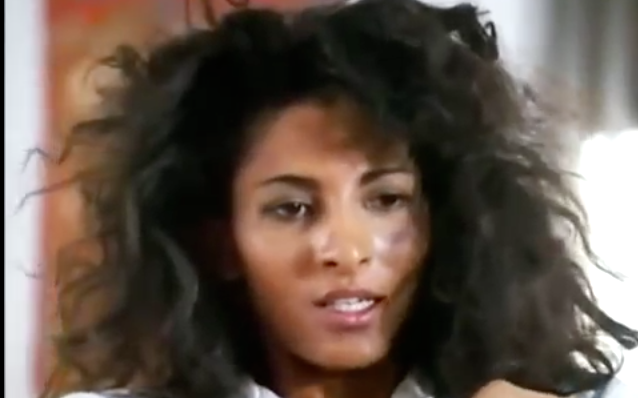 The movie's main issue is that it feels very much like a TV movie. For all the production value on show it stills feels a little cheap and un-cinematic. Unlike TV movies, however, it features some degree of violence, some nudity and some rude words. It can also be tough when it wants to as the scene that ups the threat level against our heroes loved ones proves. 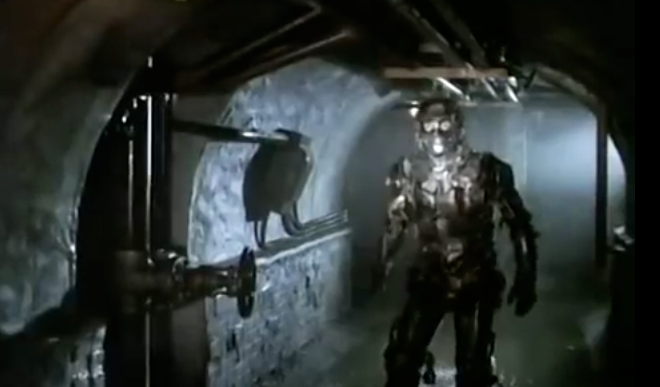 This movie is tough, exciting and fun and if they'd only had the finances to shoot on more cinematic stock we could be looking at something even more special.
Labels: Reviews