Icons of the Overlooked #1: Paul Naschy 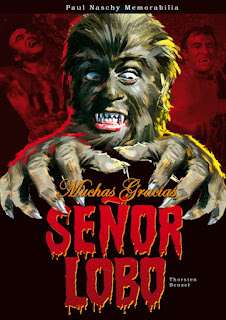 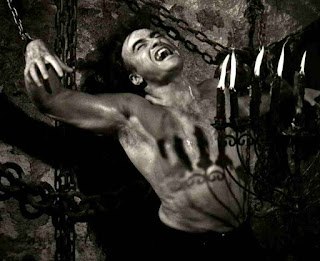 When asked to think of the icons of classic horror most minds will mosey to names such as Chaney, Karloff and Lee. Rightly so, as these individuals have been burned into our collective sub-conscious for their ability to be lost in a spectrum of unforgettable monsters and yet, despite this, never allowing their humanity to be lost with them. Regardless of the layers of thick make-up a measured and serious performance always managed to shine through.

If this be the criteria for becoming a horror icon, then writer/director/producer/actor Paul Naschy deserves no less than to be mentioned alongside such greats.

Naschy was the primary figure in Spanish horror, clawing his way onto the screen in 1968's Las noches del Hombre Lobo (René Govar) and staying there with a supernatural durability that would put most of his monsters to shame. Coming around during Hammer's late period, the films that Naschy appeared in shared very many similarities. They were very much gothic pieces with considerable production value up on the screen and a penchant for classic monsters (mostly).

Yet like a lot of European horror (outside of the UK that is) the Spanish films had a slight schizophrenia when it came to their conventions. Despite high production, they always seemed a little cheaper at times then their British or American counterparts. For every moment of controlled, crafted camera work there was a clumsy zoom. Atmosphere was favoured over gore, yet the blood flowed free enough and although the cleavage was far more reserved than that of the Hammer films the nudity was far more prolific. They still retained their class, however, and the early cycle of films come highly recommended for lovers of stylised and atmospheric tales of men and monsters, or proper horror films as I like to call them.

Naschy played many monsters in his time yet the one he most frequently transformed himself into was a werewolf. And not just any werewolf I might add, but the same one; Waldemar Daninsky. Naschy played this character for no less than twelve films and although there was no real continuity between them the character oozed history whenever he appeared covered in fur and fangs. 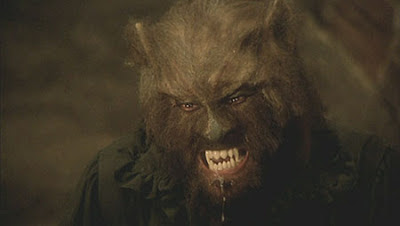 And what fur and fangs. Daninsky was one fine looking wolf-man, fully embodying the qualities required to make this character work. He is at once savage and terrifying yet clearly human and tortured. I've always been fascinated with the Wolfman character. This is possibly because whereas all the other classic monsters embrace, if reluctantly, their monstrous form the werewolf is always at war with it. He is both the protagonist and antagonist and nearly always doomed from the start. It was this fascination that drew me to Naschy and I have yet to be disappointed.

Another difference between these films and Hammer's output was in the embracing of the idea that more than one monster could exist in one film. Oh yes, Naschy was big on 'versus' pictures. Pick up a Naschy and you're almost guaranteed his wolf-man will throw-down with some other creature of myth, be it other werewolves, vampires, Mr Hyde or even the Yeti. In Daninsky's third outing; Los monstruos del terro AKA Assignment Terror (Tulio Demichelli, 1970) he came up against Dracula, Frankenstein, the mummy and aliens.

Now for me to say all of these films were of the highest quality would be somewhat misleading. Assignment Terror, for example, has next to none of the qualities I harped on about earlier. So I feel it somewhat necessary to point you in direction of a quality example should you intend to seek out some of Naschy's work.


The film that encapsulates everything I have talked about so far best is Werewolf Shadow (León Klimovsky, 1971). This often crops up on those wonderful '50 horror film' sets under the title The Werewolf versus the Vampire Woman, albeit a terrible print and with cuts. It is a great gothic horror and is well work checking out when you're done with that Hammer box set. 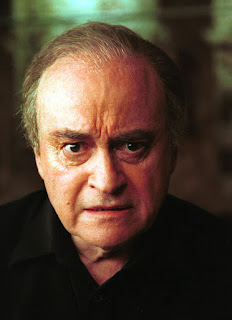 To say Naschy is overlooked is not all that accurate. But to this day he still holds something of a cult status and is by no means the house-hold names that Christopher Lee and Boris Karloff are. Yet Naschy has been far more prolific than any of his fellow monster-makers. In addition to the gothic horrors Naschy appeared in any kind of horror film you could imagine and even wandered out the genre altogether. When he died in 2009 he not only left behind a filmography of a hundred films but a number of in-development projects too. It would appear that, not unlike the animal that dwells in Daninsky's soul, Naschy's mortal frame just got in the way or his true ambitions.