If you’ve picked up a DVD with the word ‘Ninja’ in the title in any of the ‘Everything for a Pound’ shops that have consumed this country like an aggressive skin disease, then chances are Richard Harrison was in it. 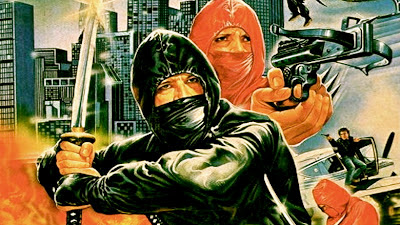 Harrison started his promising career with a three-picture deal with American International Pictures that lead to him finding regular work in Italian b-movies. During the sixties he cropped up in spaghetti westerns and swords and sandals flicks. He even claims to have turned down Sergio Leone for A Fistful of Dollars (1964). Seeing as Harrison had five films released that same year, it’s not surprising; the guy was in demand.

During the seventies he was just as prolific, yet began to find himself appearing in a number of sexploitation films. It was during the eighties, however, that Harrison became synonymous with the Ninja sub-genre.

Appearing in over twenty Ninja films, with titles such as Ninja Terminator, Ninja inferno and Ninja Holocaust, Harrison became as common a sight in these flicks as nun-chucks and cartwheels. Why? Well take a look at him… 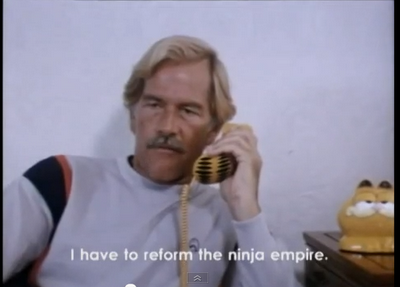 Nothing screams Ninja more than a man that looks like an Omar Shariff sculpture made from caramel.

But his association with the Ninja films wasn’t exactly intended. Shaw Brothers Alumni Godfrey Ho directed a number of these Ninja films and was infamous for recycling footage. This enabled him to produce a large number of films for the cost of only a few. Zombie vs Ninja (1989) was probably the least convincing of these, splicing old-school kung fu with ninjas in primary coloured foil suits and headbands with ‘Ninja’ actually written on them. 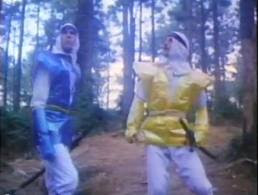 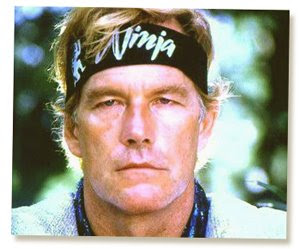 Unfortunately, he also saw fit to reuse footage of Harrison. Against his will, Harrison’s face was all over these cheap and cheerless pictures, taking his declining career and burying it. His reputation ruined, Harrison retied from acting in the nineties. 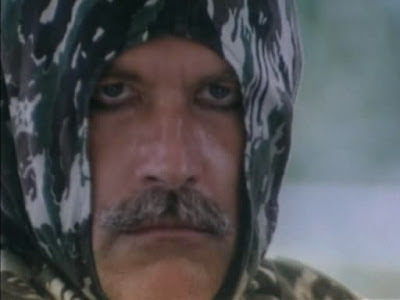 Yet this is not a career obituary, this is a celebration. Although his career may not have lived up to its initial promise, he can at least look back and say, with confidence, that he has a filmography with some of the best film titles ever conceived. Here are some of my favourites:

Intrusion: Cambodia (you could have at least knocked)

Bloody Avengers (and their bloody avenging)
Commando Attack
Pussycat, Pussycat, I Love You


So let us raise a moustache to Richard Harrison; actor, Ninja and caramel Shariff. 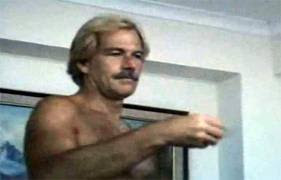