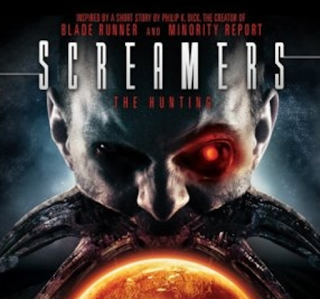 Hey, remember Screamers; the '95 Peter Weller movie about burrowing assassin droids that have wiped out humanity on a distant planet? No? Well, it's pretty good. It also, surprisingly, spawned a sequel.

A rescue team are sent to intercept a distress signal on a planet riddled with Screamers. Once there they are marooned with a small group of survivors and forced to battle their way back home through a seemingly unbeatable army of mechanical bastards. 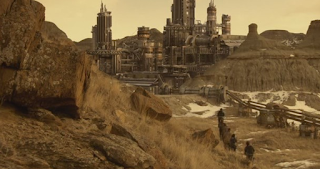 This movie tries so hard and gets so much right. The visual effects, for starters, are pretty good. Digital work is good enough to be un-intrusive while there is a surprising amount of practical effects. Good ones too. There were also a few shots, including a wonderful set extension, where I couldn't work out whether it was miniature or CGI - always a good sign. 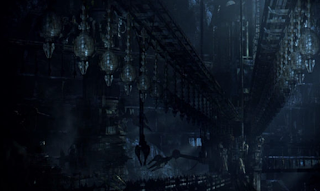 The cast are game and features an early role for Stephen 'Arrow' Amell and an extended cameo from Lance Henriksen. Aside from Henriksen, however, no-one is particularly good. Amell comes close as he broods with the best of them but when he opens his mouth to speak he adopts a raspy whisper and a squinted eye that makes him look like Clint Eastwood with a mouthful of ulcers. In fact, the film pretty much stands still any time drama is required. It is shame because when we get to the good bits they are quite accomplished.

The Screamers themselves are a varied bunch. As established in the first movie they are able to evolve themselves and now take a variety of forms, even masquerading as humans. This presents the opportunity for some Thing level paranoia. An opportunity that of course the film pisses up a wall. They don't even generate Crash and Burn levels of paranoia for Christ's sake. Remember Crash and Burn? No, not that one either? 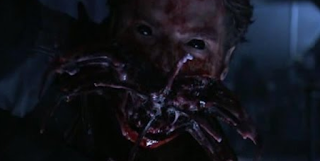 Thankfully when the humanoid Screamers reveal themselves they turn into pretty awesome mechanical nightmares - a cross between a Terminator and the Reapers from Blade 2 with a little Annihilator thrown in for good measure (Annihilator anyone? Is anyone even out there?). In a standout scene a couple of these bad-boys go nuts, punching through people in wonderfully practical splatter effects. Oh yes, the gore is GOOD.

Which is why I was utterly shocked to discover the film was made in 2009! Even with the presence of Amell (whose age I do not know) I would have guessed late nineties only because it looks and feels like a straight to video sci-fi sequel from that era (and I mean that as a compliment). Finding out it was made in the late noughties, an era of straight to DVD filmmaking synonymous with shitty digital wankery, only generates far more respect for the effort made with this movie.

Look, it isn't good, certainly a step down from the first movie (which you should seriously check-out) but it you are looking for something that scratched a particular aesthetic itch and don't mind drifting off during the bits where people say things at each other you will be rewarded with some good action, fun splatter and a menagerie of murderous mechanoids. 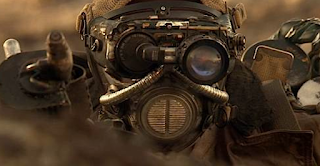