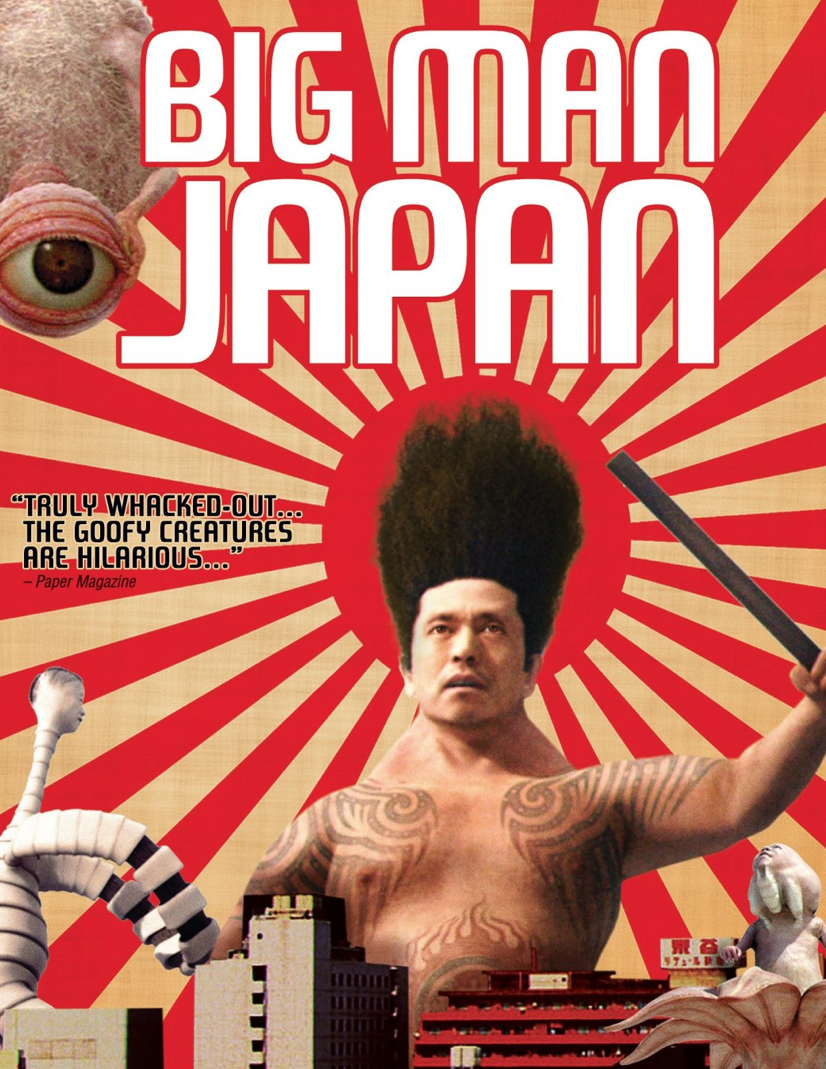 Big Man Japan is an oddity that mixes genre, form and tone into a not always successful but completely memorable movie experience.

An unseen camera crew follows a quiet man interviewing him, his agent and those he interacts with on a regular basis about his career. On the surface he is not the most interesting of people, at least until we find out his job is to protect Japan from giant monsters. It transpires he is from a long line of monster fighters all of which were considered national heroes and when Japan is under threat from a monster attack he is zapped with electricity and grows into a giant CGI sumo wrestler named Big Man Japan.

Although his predecessors where essentially worshipped, our protagonist is anything but a nation hero. The public are bored with Big Man Japan to the point of contempt. His journey to work sees the streets lined with billboards protesting his very existence. His agent, who oversees the televised footage of his fights, is quite clearly spending more of his money that she is giving to him and his ex-wife and daughter barely want to know him. He is a sad a lonely individual, unappreciated and unwanted. 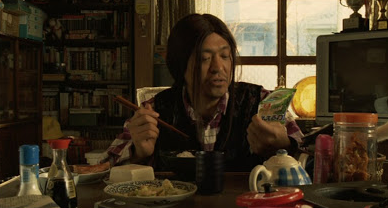 The documentary segments are slow and thoughtful and impregnated with pathos. The monster sequences, however, are considerably different. The CGI used to bring the creatures to life are anything but photo-real, yet there is a degree of skill within their construction that suggests this is purposeful. The monster designs are at once disturbing and funny and make for surrealistic sequences that function not unlike Terry Gilliam's Monty Python animations.

As the movie progresses our hero sinks further into unpopularity. Writer, director and actor Hitoshi Matsumoto is happy to spend as much time wallowing in his character's gradual decline as he can. For some this might test patience, but Matsumoto's relentlessly deadpan approach juxtaposed with the bizarre and absurd animated monster fights created more than enough frisson to keep me interested. 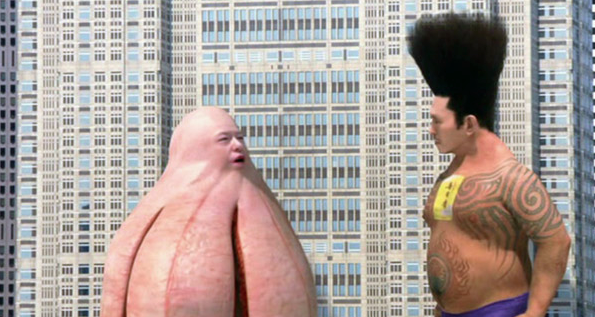 More than that, Matsumoto creates a living, breathing character. Flawed, bitter yet ultimately someone you cannot help root for. How? Because despite the misery heaped upon very little of it is  his fault. His life had clearly been laid out for him at a genetic level and he is obligated to fulfil the role of protector regardless of his own desires yet he receives nothing but scorn for following this predetermined path. It is the old 'this is your destiny' cliche made new by making this destiny unwanted by everyone. He is mocked and criticised for going through the motions of a life planned for him, something nearly everyone can identify with at some point in their life. You will remember the crazy creatures and stylised graphics but at its centre this movie creates a relatable and completely human character. 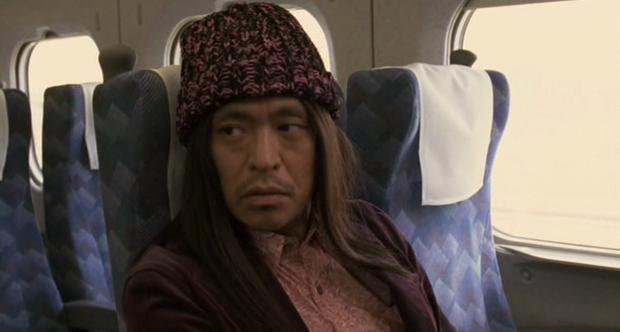 And then the final ten minutes happen. Holy shit. Deviating absolutely from any approach or technique the film had used before the final moments are completely insane and frankly hilarious. I'm not sure how this will play for most audiences, especially those that don't have prior knowledge of the Ultraman series, but for me it played like a wonderfully conceived and executed sketch that prompted gut laughs and tears. I have absolutely no idea how that ending resolves any of the narrative threads introduced, or even if it was trying to. It was funny as fuck though.

Big Man Japan may be riffing off other works, but it creates an experience like no other I have seen: One that builds a mad world of bizarre monsters around an honest and relatable character study. And good god that ending... 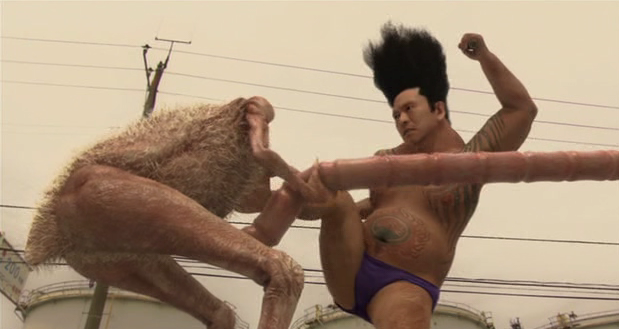