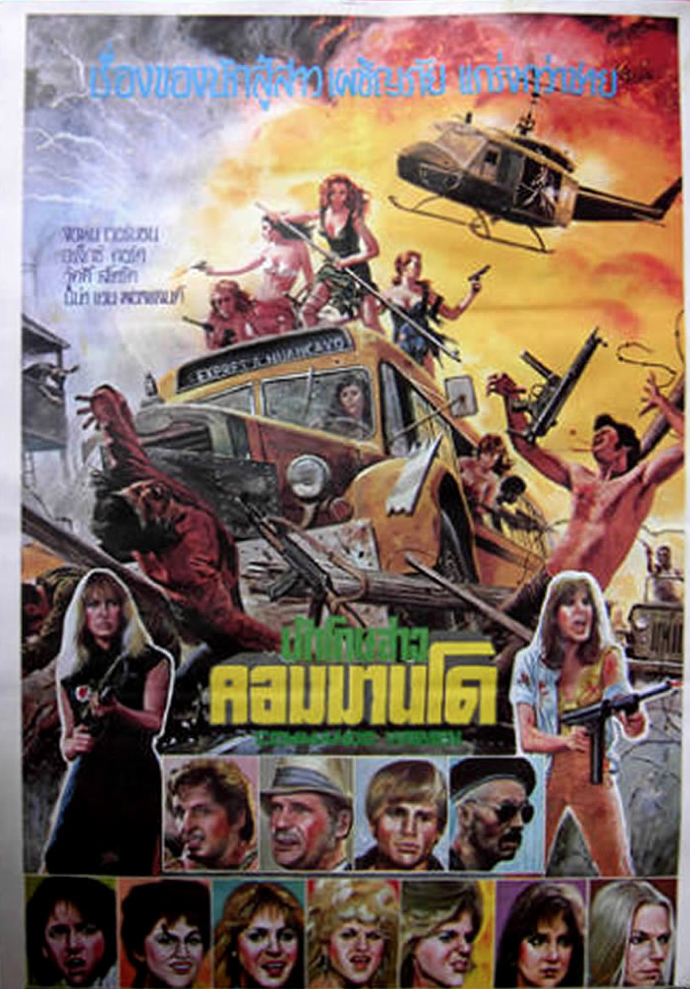 Jungle Warriors opens with some of the worst singing I ever heard and I say that without hyperbole. It sounds like Madge from Neighbours receiving a particularly clumsy rectal examination. Fortunately for a movie about a group of beautiful models held prisoner by a drug lord's private army, the opening song is the most unpleasant thing that happens during its running time. 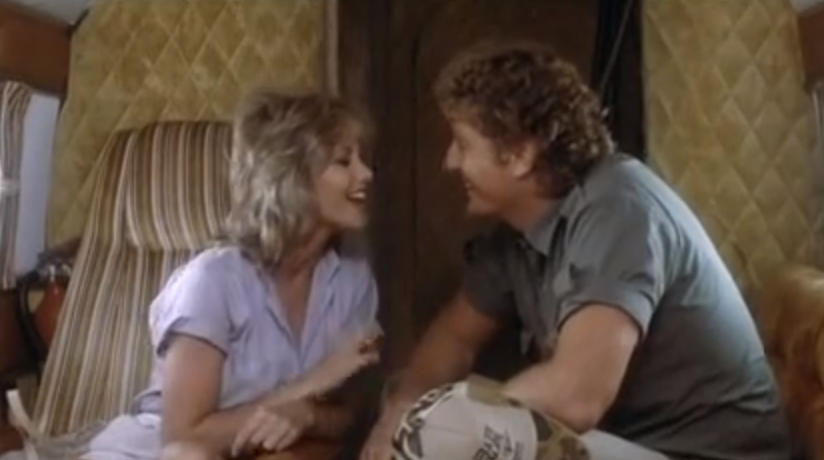 Things immediately brighten up with the appearance of Marjoe Gortner. I am always pleased to see Marjoe pop up mainly because I love saying his name out loud. The Gort is also joined by a who's-who of b movie talent including Sybil Danning, Paul L. Smith, Woody Strode and John Vernon. If some of those names don't stir any memories just do an image search, you should recognise them immediately. None of them really get a chance to shine though their presence is enough to take the movie up a notch. Plus we are treated to this response from Vernon when asked if he had a pleasant journey:

"The trip was the shits."

The plot revolves around a group of fashion models crash-landing in South America and, after trying to survive the night in the hostile clutches of the jungle, eventually being kidnapped by a drug cartel. Before we get too far into discussing this movie let me re-assure you that we do get a fashion shoot montage. I know how much everyone loves fashion shoot montages in movies and though I'd best get that out of the way so that everyone can relax. 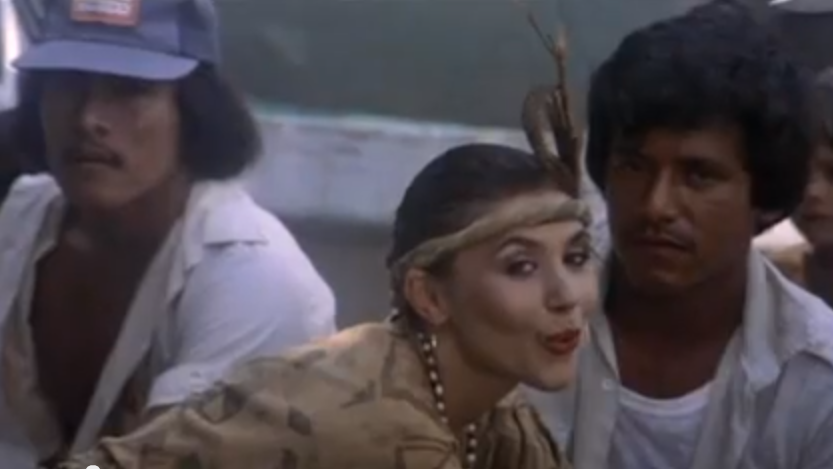 The overriding feeling I had while watching this movie was how chaste it was. Generally if you put a group of attractive women in a jungle and then introduce a lawless male criminal element you end up with all sorts of unpleasantness. However, aside from some relatively minor sexualised threat and a couple of moments of brief, partial nudity (both of which are in the trailer below) the whole thing seemed rather harmless. 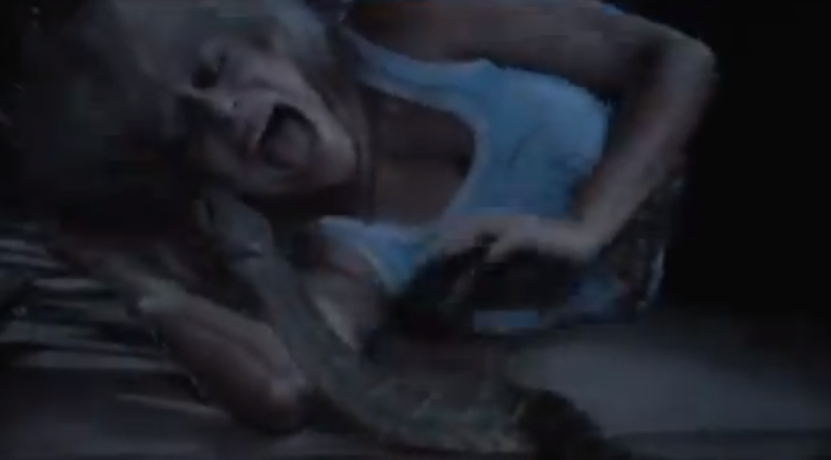 It would appear, though, that I was watching a heavily cut version and a little post-viewing research quickly alerted me to the nature of the cuts. It was the lack of gore that first made me suspicious while watching the movie. Every time a kill is set up we cut away to a reaction shot. Having checked out some of the cut gore moments it would appear that anything from squibs to full-on decapitations have been cut. Reading up a little has revealed that there was some more nudity and, well, some of that unpleasantness I alluded to earlier.

I can't say how the cut version plays against the uncut and since the only available DVD through regular channels is the 15 certificate version I doubt I'll be able to do much comparison. What I can say is that even without the added spice of a bit of bloodletting the film is quite good fun. As it stands we have a movie about a group of seemingly unprepared and vulnerable women forced into imprisonment  before turning the tables on their captors and proving themselves to be mentally, emotionally and physically stronger than they realised without all the nasty sexualised violence most women-in-prison movies wallow in. As such the cut version plays as oddly progressive, at least by comparison to other movies of the same sub-genre. 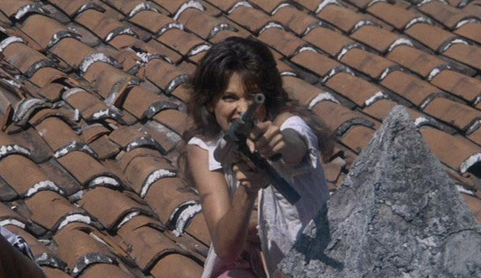 If anyone out there has seen the movie without cuts let me know if I'm missing out on something. As it is I'm quite happy to stick with the cut version of this movie despite me generally liking a little blood spilt in my b movies.