Cyber Ninja AKA Mirai Ninja: Stealth Joy Cloud Device Side Story is a sci-fi samurai adventure set against a war between human warriors and robotic ninjas. A human warrior is killed and rebuilt by his enemy as the titular cyber ninja. Unfortunately for the bad guys the warrior keeps his memories and rebels, aiding an untrusting band of human samurai as they attempt to rescue their princess from the clutches of the mech-ninja fortress. 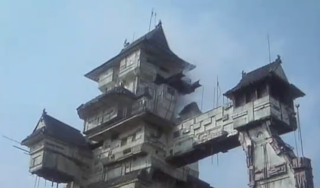 Many people will be put off by the similarities in production between this and Power Rangers but since I think Power Rangers can, at times, be pretty awesome I had a whale of a time. The world in which this story is set is a kind of steampunk affair. It is essentially based around the social systems and technology of feudal japan, but with the addition of high-tech devices such as hologram maps, laser canons and cybernetics. What I though was particularly interesting is the very un-manga like designs for the robots. Rather than sleek lines and dynamic poses, the robots are a clunky mix of Meccano-like robotics and ramshackle wooden huts. 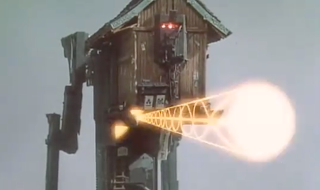 There are also flying ships and huge mechanical fortresses to feast our eyes on. The production is inconsistent, with some sequences looking very expensive indeed and others looking like they were filmed on the set of Takeshi's Castle. What is consistently good, however, is the costume design. Again eschewing notions of cool and going for the inventive and absurd, the film boasts some amazing outfits especially in the case of the bad guys. 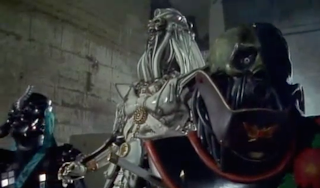 There is a host of creative creatures, from the ninjas themselves to the variety of cybernetic henchmen. In fact the only weak link is the very camp end of level boss who has to make do with face paint and a pony-tail, but even then I have seen worse. 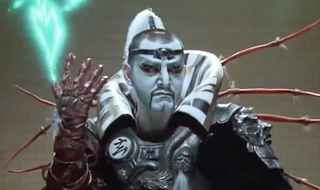 The marital arts are adequate but impressive when you consider quite how cumbersome the outfits that the stuntmen are wearing must be. In addition there is a variety of action presented to us including sword fights, laser battles and robot-on-robot warfare. 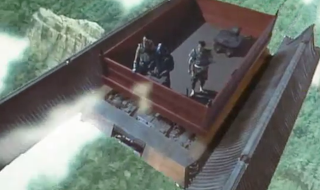 The film feels like a series of cool ideas thrown at the screen with only the barest of narratives to string them together and it's all the better for it. It is absurd, imaginative and at only seventy-two-minutes well aware of how long it should stick around for. 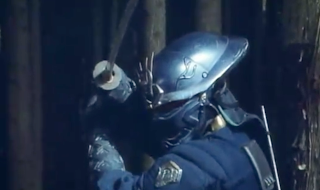