Imagine, if you will, the scene from Goodfellas where Henry Hill, James Conway and Tommy DeVito are stamping on Billy Batts head in a diner. Now imagine that the three gangsters represent the television series Doctor Who and Billy Batts is the fragile childhood psyche of many British youngsters. Now in my case the three gangsters are joined by a fourth assailant. A smaller, lesser known fella, yet just as willing to get in there and give my protected childhood world a good scrambling with his well polished shoe. A fella who goes by the name of... 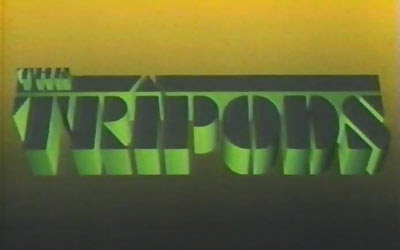 The Tripods was a trilogy of books, the first two of which were adapted for British television. The first series aired in 1984, around the time that Peter Davidson was making an impression on me, and is something of an overlooked treat.


The story concerns a post apocalyptic England. Well, sort of. The World has long since been invaded by the Tripods and we as a race have reverted to a simpler age. At first this doesn't seem so bad. We are shown lush green countryside, pristine white castles and a real sense of community amongst the townspeople we are introduced to. That little bubble is soon burst by the arrival of a bloody great three-legged robot that stamps a mind controlling chip directly onto the skull of a teenage villager as a sort of coming-of-age ritual. 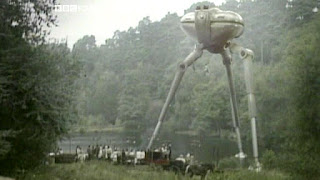 This traumatic brain operation/Bar Mitzvah is the catalyst for our story as our heroic teenage protagonist, Will Parker, decides he is having none of it. Joined by his very own personal Samwise he escapes the oncoming ritual in search of freedom. His quest takes him around the world, through a crumbling Paris and into the midsts of freedom fighters hell-bent on ridding our planet of those giant three-legged brain molesters.

Now the young actors aren't great. When they meet their third companion it's not too far away from having three little Adrics on-screen. Yet it could be far worse, as none of them actually are Adric. 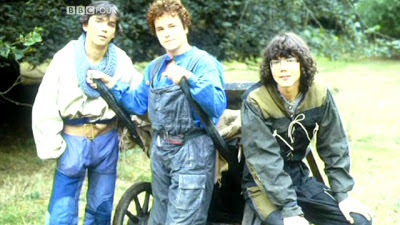 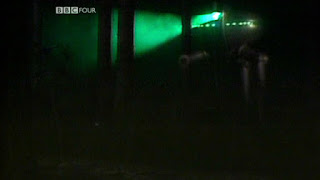 That's the bad news out of the way. The good news? Everything else. For a BBC TV show this thing has amazing production value. The sets, costumes, locations and even special effects are all utterly superb and it still delivers on the creeps. Since it is somewhat difficult to build a big fun scare out of robots you can see coming a mile off, the show instead opts for a palpable sense of dread.  As a child I'd sit in front of the television on a Saturday evening with my fish fingers and crinkle-cut chips happily watching this programme safe that there will be few moments that will require me to cover my eyes with a cushion. Yet the next day I would be eyeing the horizon nervously, hoping not to see a haze-shrouded colossus marching across it. This show got right under my skin and has stayed there until I revisited it recently.

And you know what? The bloody thing holds up. The effects still look pretty good (amazing when compared with other shows of the decade) and it is still kind of creepy. In the second series shit gets real (Tripods armed with massive laser-cannons) and shit gets weird (the hero working with the bad guys for the best part of the series). Yet the first series is the source of the images that have been burned into my skull for all this time. 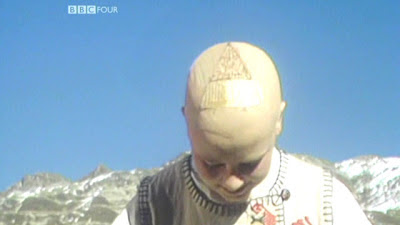 The third series was reportedly written, but never went into production and there have been rumours of new adaptations for both TV and film.  To be honest I don't know if it needs one. This series is a pretty perfect realisation and one that I revisit often. 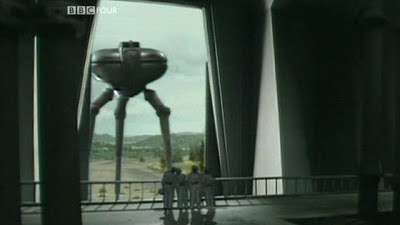