Hillbilly Sheriff: The Golem of the Deep South 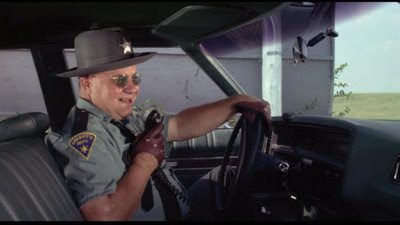 Of all the creatures committed to myth the Southern Sheriff is one of the most misunderstood. Beneath the confines of his tan uniform beat the clogged heart of an agent of justice. In order to administer this justice to a world that was beginning to idolise the anti-hero the Sheriff began to employ tough methods of law enforcement. Yet his strong hand only worked against him, his tightening grip not squeezing out the subversives but crushing the fragile reputation he had carved for himself, finally becoming the very thing he swore to do battle with. No longer will he be remembered as a righteous protector of the peace, but rather a monster.

Before we begin this sad tale it is necessary to reveal the unique blend of herbs and spices that make this southern-fried law enforcement officer taste so good:

This simple man is a product of his environment. Raised in small, isolated and dusty towns he is very much a man of the community and wants to protect that community with a rabid lust. As the modern world seeks to connect these remote towns, joining them with the more tolerant and promiscuous cities, the Sheriff's responsibilities become more urgent. Yet with an inability to make it through the day without being involved in an automotive accident and a circulatory system that is slowly running out of batteries his pursuit of this goal is somewhat challenging. In fact, it is only a matter of time before the Sheriff is forcibly retired from life.

Worry not, nature finds a way.

Deep beneath the bowls of these small towns is a birthing chamber not unlike something you might see in an H.R. Giger painting. Thousands of fleshy eggs line the disused mine-shafts and honeycomb caverns ready to birth an endless supply of deputies to follow in our Sheriff's footsteps. Although initially lean, nicely stupid and willing to question the methods of their mentor (especially if it is going to upset a young lady in denim shorts), these embryonic young officers will immediately rise to the challenge when required. Often only one Deputy will be produced, yet a whole army can be raised if the situation requires it (a haphazard cross-country “hot pursuit” for example).

Alas, as if some kind of cruel joke, the Deputies have an air of baffoonery (see also; boobery) hard-wired into them. Each aforementioned cross-country chase ending in a collection a police vehicles piling up in a dried-out ditch. Upon finding themselves in such a situation, the Deputy will react in one of two ways:

It is the curse of the Southern Sheriff, yet one every Deputy must accept in his pursuit of his destiny and, ultimately, justice.

The Southern Sheriff is, in many ways, like the Golem. A creature from Jewish mythology, the Golem was a hulking figure sculpted from clay to protect their community from those that might invade and persecute them. This uneducated creature lumbered around seeking to conserve the society they had created.

The Southern Sheriff is, similarly, a hunk of meat elected into position by the community to protect them, often from themselves. He is not clever, nor desirable, yet has a clear purpose in life. 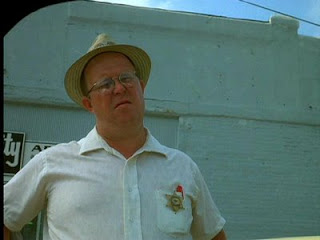 Yet like the Golem of Prague the Sheriff has fallen from grace. Finding that the people that had created him now fear and loathe him he is forced to employ even tougher methods finally extinguishing any and all resemblance to a police officer, save the uniform.

The Southern Sheriff of contemporary cinema differs a little from his ancestor.  The modern Sheriff is concerned with nothing but the abuse of the powers he has been granted. Whereas the Sheriff of old would be suspicious of newcomers to the community, the contemporary Sheriff begins his persecution of them immediately. The new Sheriff is no longer guilty of corrupting the existing laws, but is an overt criminal altogether.

And let us not forget the contemporary Southern Sheriff is a magnificent pervert. Any frisking or cavity search, necessary or not, will be executed with the lick of a sweaty upper-lip and a look of frenzied eroticism in his eyes, regardless of the gender of the friskee. 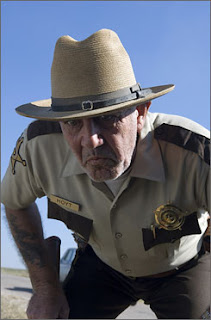 I wouldn't rule out cannibalism either.

So I would like to take this opportunity to tip my hat to the Sheriff of old. Sure he was aggressive, repressed, unpleasant to look at and at his worst a colossal racist, but at least he laboured under the delusion that what he was doing was right. Which is more than can be said for the Southern Sheriff we have patrolling our dusty highways today. 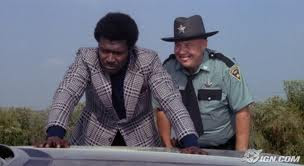