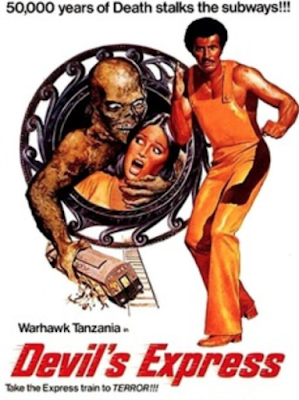 Luke is a martial-arts master and pillar of the community, but life is getting complex as a gang war is brewing in the neighbour and a series of grisly murders are taking place in the New York Subways. Linking them is a wayward pupil of Luke's Dojo and as the police apply pressure Luke is forced to enter the subways to take on the killer.

Pretty good set-up right? What if I told you the killer was a Chinese demon released from a stolen amulet? Now you're all in.

Don't get too excited though, as this is mostly all set-up. Our heroic Luke, played by the magnificently

monikered Warhawk Tanzania (seriously), doesn't make it into the sewers until the final showdown. Until then it is primarily martial arts gang fights, cops scratching their heads and the occasionally gory kill.

The martial arts aren't anything special ranging from pretty awful to just above competent. Actually, the quality seems to improve as the film goes on. This helps the finale no-end, but makes for a pretty anaemic first hour. The horror scenes are actually pretty effective. Surprisingly so considering what appears to be a very a low budget. The kills are interesting and the make-up effects pretty impressive calling to mind the more realistic, rotting corpse looks of Fulci's Zombie Flesh Eaters. 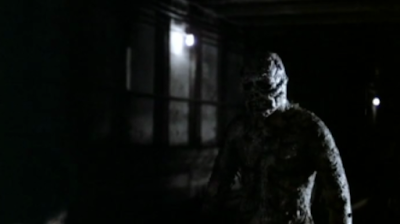 The finale, as a whole, is a pretty good. Luke ventures into the subway, in gold dungarees no less,  to fight possessed martial artists and a gnarly-looking corpse thing in a kung-fu showdown. It is the best example of the fighting in the film and the moment where all the disparate elements properly gel.

Is the finale worth the wait? The first half hour of the movie is a bit of a slog. Things pick up a little as the gang fights and murders escalate but it's still hardly dynamite. That being said there is a charm to all of this. The urban locations give bring an elements of grimey, dystopian authenticity to the movie and the combination of different genre elements are difficult not to enjoy even if their execution isn't great. If only they's got Luke into the subway sooner.