Skip to main content
Labels
Posted by Doctor Gogol May 17, 2015 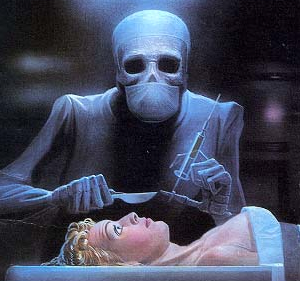 After some horrendously eighties titles leave our screen, a sleeveless Gunther-alike takes three friends  to a remote island for a saucy weekend. But he has a hidden agenda: to kill the mad scientist who drugged and hypnotised him into killing his own parents and whose sinister medical experiments have created a mob of undead henchmen that roam the otherwise idyllic holiday locale.

If you're a B-movie enthusiast then this Kiwi schlocker is time well spent. So well versed in genre vernacular is it that if it had been made in the last five years it would have been a pitch-perfect parody. In fact the movie's DNA is present in Garth Marenghi's Dark Place, Danger Five and Planet Terror. 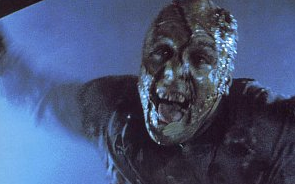 There is more going on than just stylistic lighting and smoke machines. The effects are shoe-string but utterly satisfying (a slow-motion shotgun attack, a messy surgical procedure and an exploding face boil are among the messy highlights) while there are also some impressively staged sequences. Particularly exciting are an underground motorcycle chase and a night-time zombie siege. 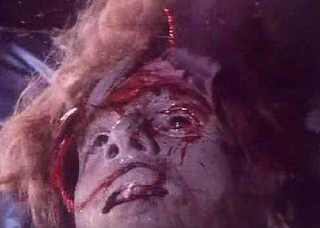 Tonally the movie gets it just right containing enough blood and sleaze to have bite yet never crossing over into anything too problematic or unpleasant. Well, except for the horrifying "comedy" asian shop owner, clearly a white actor in black-face putting on an absurd Indian accent while jiggling his nut like a bobble-head. Luckily this affront only lasts for one short scene so its awful taste soon fades.

The finale sees the mad Doctor's undead goons take over his research centre. There are axe murders, scissor stabbings, a great full body flame stunt, a painful looking way to shake some sense into someone and quite possible the loudest curtain ever captured on film. Even despite the movie's downbeat ending it was difficult not to smile as the credits rolled. 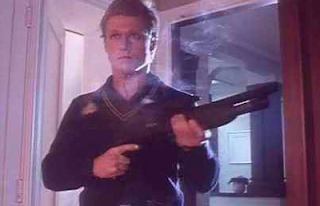 Death Warmed Up movie hardly ranks amongst the grade A genre movies to come from the other side of the World, but it's a fun slice of camp splatter all the same.