Icons of the Overlooked #12: Chris Parnell 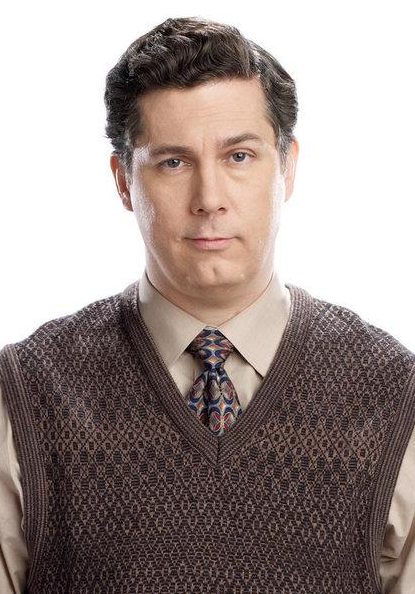 Chris Parnell appeared in eight seasons of Saturday Night Live alongside iconic cast members such as Will Ferrell, Amy Poehler, Tina Fey, Jimmy Fallon, Kristen Wiig and Bill Hader. So vital to the show was he that when he was fired towards the end of his third year performers and writers rallied to convince showrunner Lorne Michaels to re-instate him mid season. He was voted 35th (out of 141) best SNL cast member in a controversial Rolling Stone article, was partly responsible for an internet sensation and since leaving SNL for a second time in 2006 has continued to appear in movies and television. So why is he less well known than other SNL alumni?

Sketch comedy may often focus on absurd characters and catchphrases but what makes those characters work is the world created around them by the supporting players. That's not to say Parnell was a glorified extra or straight man, far from it. Parnell's warm announcer's voice and deadpan expression allowed him to carefully shepard whatever conceit the sketch orbited around, selling its daftness with a serious look but playing it big enough to never throw it under the bus. Although he could have played authority figures in his sleep, his unassuming and, well, nerdy approach never made him feel pompous. What Parnell has is integrity. And it is this integrity, and his constant subverting and challenging of it, that allows him to steal almost every scene he appears in.

Take his few brief scenes in Andy Samberg vehicle Hot Rod, for example: the stiff radio tones, the professional but unfashionable suit and the fixed expression all allow him to say some really weird shit and create what is, for me, the funniest scene in the movie:


Parnell pops up in small doses all over the place. His re-occurring role as Dr Spaceman in 30 Rock was always a delight. It takes real skill to make a character this dangerously incompetent so bloody likeable but Parnell made it look easy:


Although Parnell plays on his apparent stiffness a great deal he is by no means a one-trick-pony. The spectrum of ways he subverts his demeanour shows unbelievable range. Take this bit for example:


It was these performances that lead him to team up with Samberg and The Lonely Island for Lazy Sunday, a sketch that went viral before going viral was really a thing. Even when given only a few lines to say Parnell kills it. His fleeting appearance in Anchorman: The Legend of Ron Burgandy never fails to raise a laugh out of me.

Not only was he criminally underused in Anchorman but the fact he appears in both versions of the sequel and gets no lines in either is bordering on a crime against humanity.

He's not cool nor goofy and as funny as descontructing integrity in a variety of ways is it rarely makes for centre stage stuff. Parnell works best as part of team and his constant appearance with some of the best American comedy teams in recent memory is testimony to his abilities. Perfectly judging the needs of both the sketch and the moment Parnell fulfils support roles with confidence. As absolutely vital as support roles are, however, they rarely get a spotlight shone on them.
Labels: Icons