Man, the amount of times I've typed 'evil brian' while writing this review is ridiculous. Ironically, when I typed that last sentence I typed 'brain'. Oh, have we started? Sorry. I should be forgiven for feeling a little discombobulated because I've just watched Evil Brain From Outer Space (nailed it!), a mad science fiction superhero romp filled with mutants, witches and ill-advised spandex pants.

An evil alien brain travels to Earth to cause as much havoc as a brain can and it falls on an alien council, full of crazy big-headed googley-eyed extra terrestrials, to find a solution. And so Starman is dispatched to intercept the lobey little prick. 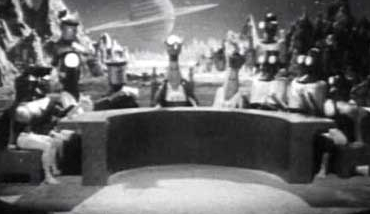 The episodic plot is a little hard to follow. The evil brain has a number fiendish plots that it rolls out over the running time, along with a supporting cast that are also replaced every twenty minutes. I got the distinct feeling I was watching a movie made by editing a load of TV episodes together. Turns out I was partially right. Evil Brain was actually stitched together from three TV movies (from the Super Giant series) with a painfully boring American voice over laying out the exposition in a feeble attempt to draw all these disparate elements together. Believe it or not, it doesn't quite work.

That's not to say the movie is no fun. The movie is surprisingly cinematic with a liberal use of crane and tracking shots. The sets and locations are evocative and of scale, especially the underground fortress of the evil brain's army of Batman-esque followers. This evil Batcave of sorts plays host to two huge fight scenes and its many platforms and smoking pits allow for plenty of swashbuckling superhero antics. 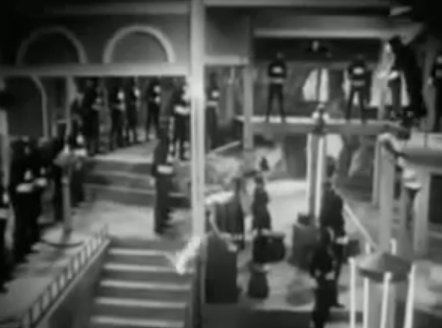 As well staged as the fights are they don't entirely work. This is primarily due to Ken Utsui's game but unskilled involvement. He is energetic and can execute a sequence of complex fight moves over long takes, but none of his punches ever really connect. This leads to most of the scenes looking a little like Fake Purse Ninja from the end of Bowfinger. 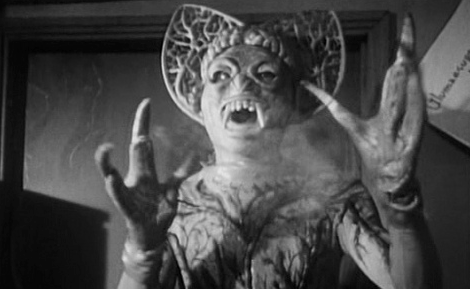 Thankfully the monsters are fun. These goofy fuckers are all rubber heads and wobbly fingers yet claw and breath radiation enough to pose a threat. They also occasionally come across as genuinely unsettling. A tracking shot of an appearing witch is a little creepy while a back-projected shot of two mutants crawling through the sky is utterly absurd but in a nightmarish way. 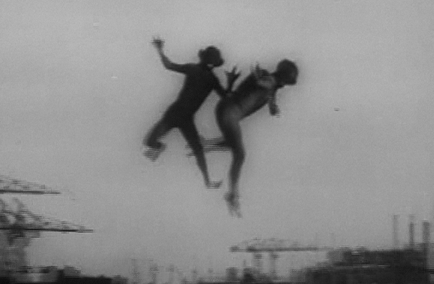 Despite being packed full of crazy costumes, fast-paced action and nefarious scheme after nefarious scheme it took me two sittings to get through its 80 minute running time. Like your first protein bar, Evil Brain From Outer Space is so densely packed consuming it is an often overwhelming experience that leaves you feeling a little woozy. 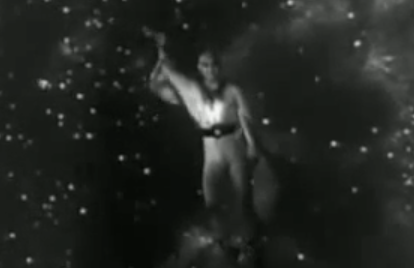