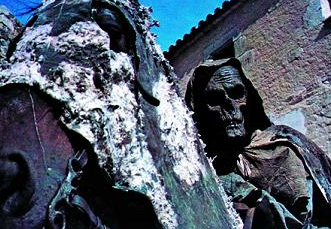 Horror franchises commonly fall into convention, however Ossario shakes up the Blind Dead series with his next two entries. Exploiting either a change in location or dynamics Ossario once again brushes off any budgetary restraints and works to find new ways of making his unstoppable sightless stalkers even more terrifying. 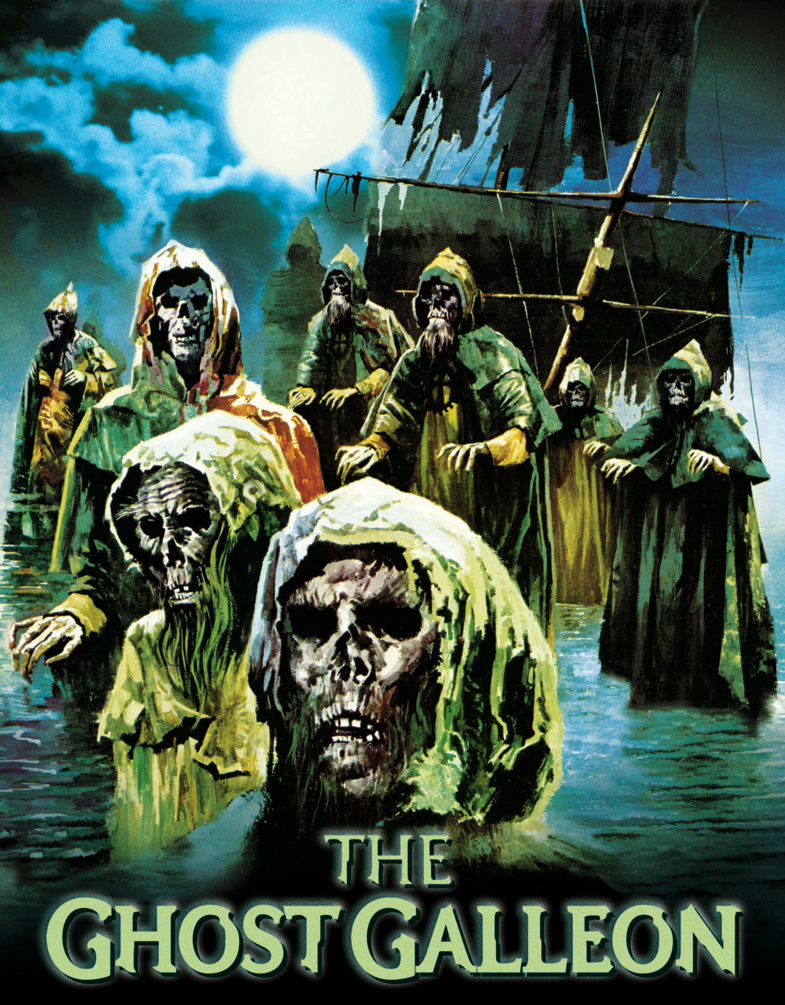 Due to some convoluted plotting a group of swimwear models and their agents end up stranded on a fog-shrouded phantom ship populated by our favourite undead knights. Although wearing the flesh of classic gothic horror the blood pumping beneath the previous two entries skin was contemporary seventies horror. The Ghost Galleon, by contrast, is played as a very familiar haunted house (well, ship) story. As a Scooby-gang like group explore the foreboding vessel they have to contend with rolling mists, creaky coffins and even the old 'skeleton falling from a cupboard' gag. As a result the film feels charming.

Charming and tame. Although the first 45 mins features a cast of swimmer models the movie is considerably less racy than your average Bond movie. And while there is a particularly gory kill mid-way through it is the only significant on-screen death. 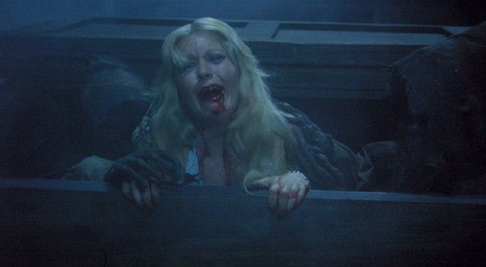 What it lacks in edge it makes up for in production. Although he could only afford half a model ship and a portion of set, the galleon is a wonderfully atmospheric setting. The Blind Dead once again look fantastic and the minimal gore effects are convincing. Admittedly the final model shots of the burning ship don't work at all but the rest of the movie is a masterclass in making a little go a long way. 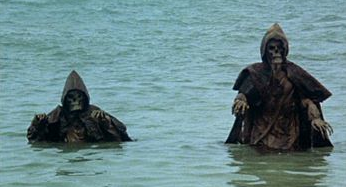 The Ghost Galleon is a classical and brilliantly realised old fashion ghost story with some great effects work and a creepy finale and is a very different, but welcome, addition to the series. 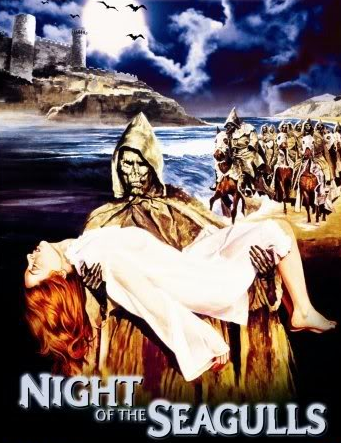 The Blind Dead are back but this time they've managed to temper their bloodlust. In a significant change from the creep 'n' kill mechanic of the previous three movies the eyeless zombies now live in harmony with a small town that sacrifices a woman to them every night to secure it's safety.

Although this entry goes for a more Wicker Man vibe it contains all the hallmarks of the series. The Blind Dead are once again awesome, especially when galloping on horse back through shallow waters in slow motion. The locations are evocative and the the mix of classic horror and gore-fest is right on the button. 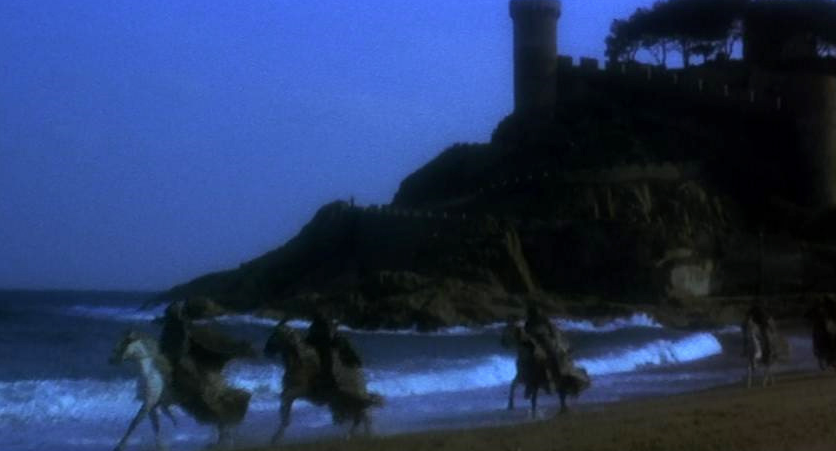 Although women are the primary victims (often meeting their maker topless due to the dead wanting to eat their hearts) and there is another poorly handled disabled character the film is in fact the least problematic of the series. Although the ending somewhat confuses the lore of the creatures, it is far more effective than the finale to Return of the Living Dead. 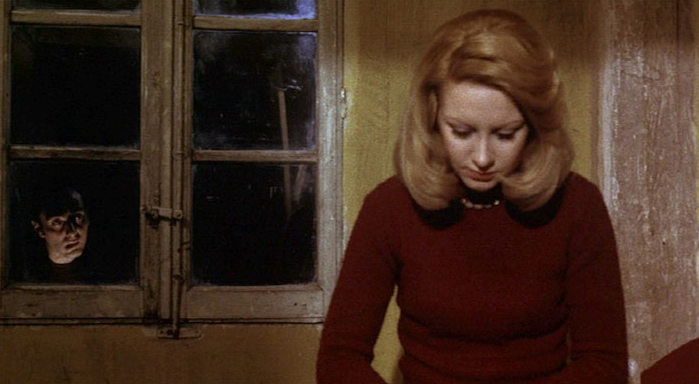 This film feels more in keeping with the very first entry yet balances it's mix of classic and contemporary horror more successfully.  This, alongside the addition of copious amounts of atmosphere and flesh-eating crabs, make for one of the most consistently satisfying entries in the series. 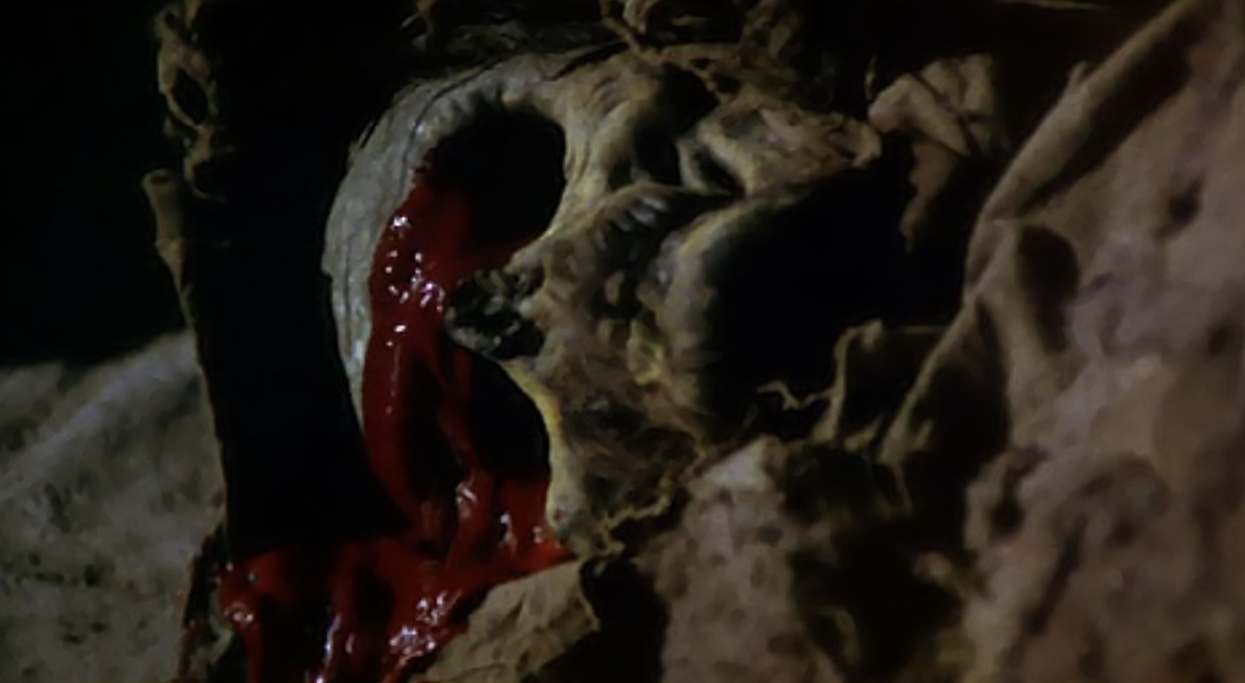 Ossario managed to churn out four movies in four years, all of which featured the same shambling monsters. And yet despite this, and the lack of money, Ossario managed to produce four fresh, fun and iconic horror movies that are fine examples of the resurgence of gothic horror in Spain towards the end of Franco's reign.
Labels: Reviews