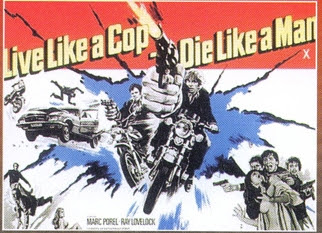 Italy during the 1970’s was a volatile place to say the least.  Every issue was violently politicised and extreme groups from both the left and right clashed brutally.  Authority found its grip weakening as public officials and decorated police officers where targeted for assassination.  This orgy of protests, high profile killings and terrorist attacks came to be known as the “Years of Lead”.  With no clear guiding morality Italy was struggling to find an identity.  Likewise, Italian cinema was struggling to find a hero.  The Spaghetti Westerns morally ambiguous gunslingers, suave but diabolical super villains and gun-happy super so-called heroes already proved the clean-cut and chivalrous hero was not something even a mainstream audience found palatable.  So it is no surprise that the gritty crime dramas that came out of Italy, or the Poliziotteschis, muddied the waters even further. 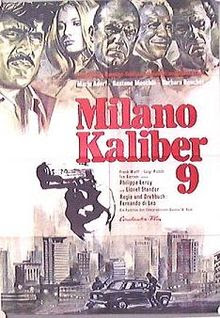 These films often featured gangsters, corrupt cops, violent delinquents, vigilantism, car chases and brutally rendered screen violence all set against backdrop of moral confusion and ambiguity as grey as the DP’s colour palette.  The titles are great too, including The Violent Professionals (Sergio Martino, 1973), Live Like a Cop, Die Like a Man (Ruggero Deodato, 1976) and Milan Calibre 9 (Fernando Di Leo, 1972).  Although not perhaps the best, the three I have chosen are, in my opinion, some of the most exciting and accessible of the sub-genre.


Featuring a blistering performance by Oliver Reed as a prison warden whose wife is kidnapped by criminals.  They then threaten to kill her unless he breaks a dangerous criminal, played by the alarmingly handsome Fabio Testi, out of his prison.  He does so, yet to ensure the criminals don’t double-cross him he kidnaps the criminal himself in order to bargain for her return.

It’s a great set-up as both warden and criminal run from police and gangs alike.  As they do an unlikely respect develops as Reed’s warden realises that Testi’s criminal is not quite what he seems.

Reed was rumoured to have been shit-faced throughout the shoot, yet his performance is intense and electric.  Of the three films here it is the most earnest in its attempt to theorise about the different perspectives of morality but if you think the film is going to preach some moral message to you think again.  The films final moments take the carefully considered moral quandary and tears it to shreds with utterly devastating effects.  It’s tense, brutal and genuinely uncompromising.


Franco Nero is a victim of a mugging and, sick of the ineffective police, decides to take the law into his own hands.  With the help of a petty criminal Nero takes on the criminals at their own game.

What marks this aside from the normal vigilante movies is that Nero’s inexperience isn’t overlooked.  He is always one step-behind the criminals and makes choices so poor he gets friends horrifically wounded as a result.  So unlike many vigilante heroes he doesn’t suddenly turn into a one-man killing machine but is completely out of his depth for the best part of the film.

Poliziotteschis often concern themselves with the freedom of criminals to do as they please and the Police being restrained to a point of being rendered redundant.  Like many Euro-crime protagonists Nero’s character occupies that space between savage criminal and impotent official, yet without experience is left to wander this space aimlessly, his struggles to take on these bastards becoming almost painful to watch at times.  Regardless the film never feels bogged down by the weight of this discourse as it is fast paced and full of the sub-genres signature chases and shoot-outs all captured expertly by director Castellari.


If you like your b-movie euro-horror there is a good chance you will have at least seen this film sitting on the shelves.  Released by Vipco on DVD in their usual stripped down DVD gold-on-black covers, this film always seemed to get stuck alongside the Zombie Flesh Eaters and Cannibal Feroxs.  While it was disliked by the BBFC (for reasons we’ll get into) it is by no means a horror film.

Again starring Testi as a cop who becomes disillusioned by the Police’s inability to bring criminals to justice.  The criminals have been terrorising local businesses in order to extort protection money from them.  These victims, also let down by Police, band together to form a vigilante group.

The criminals in question are an awful bunch of human beings and their antics are what landed this film as one of the dreaded video nasties.  Despite the usual murders and robberies there is an unpleasant rape scene that, although fairly tame in its depiction is repellent in its intent, and possibly the most unpleasant humiliation and murder of a person you would expect to see in a crime film.  Yet these awful moments succeed in setting the stakes and motivating the everyday business folk into violent action.  If you can get past those moments you will be treated to an exciting modern day western that culminates in one of the most badass shoot-outs found in a crime film.  The Big Racket can at times be a difficult watch, but it’s the fastest, meanest toughest Poliziotteschi I’ve seen so far. 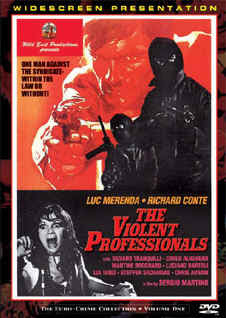 These films depict a terrifying reality of a country gripped by violent political action.  With every side painted the bad guy or a victim it is impossible to find a hero.  Yet these films rarely try to, only in some cases are we given any indication of what is actually right.  But make no mistake; these are fast, exciting action thrillers that are tense, brutal and never cop-put.  The soundtracks are awesome too.