Skip to main content
Labels
Posted by Doctor Gogol May 17, 2013

Icons of the Overlooked #7: Fred Ward 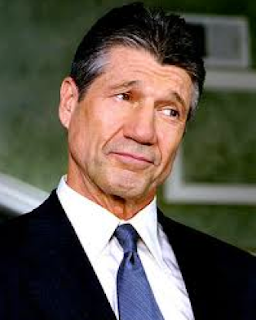 Fred Ward is an actor many will know by face only.  Although occasionally popping up in more widely released works he is a regular in B, TV and straight to VHS movies.  I’ve been planning to write an article on this guy for some time but have found it very difficult to characterise why I think he should have gotten more exposure.  In fact I’ve struggled with what I could write at all. I just can’t seem to encapsulate what makes him so special.  My original thoughts amounted to the following:


Hardly revelatory but all true.  Yet it is the last one that really stuck with me.  You see his presence has been felt here at Total Cults for some time. Miami Blues, Uncommon Valour, Tremors and Timerider have all been name-checked in articles or podcasts, yet his role in those films never really focussed upon.  It appears to be very easy to overlook this guy. Why?  Well, he never showboats, never steals the limelight and with a few exceptions always sticks to supporting roles.  Even if he is in a lead role, Remo: Unarmed and Dangerous AKA Remo Williams: The Adventure Begins (Guy Hamilton, 1985) for example, his performance is never overpowering.  He is always serving the story, the character, the moment, rather than himself.

Reliable, then, is too small a word; he is the support.  Whatever role he takes is there to give the film someone to lean on, to help carry it across the finish line.  He is a selfless performer, always allowing the headliners the bedrock on which to build their attention-grabbing performances.  To talk about him and him alone would not be in the spirit that he approaches his work.  So I’m going to let his work, or at least some of my favourite examples, do the talking. 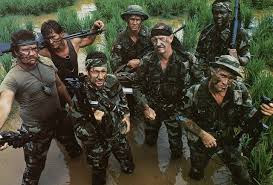 One of my favourite men-on-a-mission movies and one I take any opportunity to talk about (as I did when celebrating Reb Brown here).  Gene Hackman leads a group of Vietnam vets back into the warzone to rescue his still captured son.  Ward again falls into the background allowing actors like Brown, Patrick Swayze, Tim Thomerson and Rex Cobb to shine.  He’s a quiet, stealthy black-ops kinda guy, who uses his finely tuned skills to bring the rest of the team back up to scratch.  This plays out in a fun training montage where Ward leaps out from various hiding places to hang “you’re dead” signs on his unsuspecting, and subsequently bewildered, team-mates.  He is also responsible for teaching me how to properly kill a man with a knife.  His method might be movie nonsense but when he tells me to “scramble the brain” I believe every word.  The film has great chemistry, action and actually makes you give a shit about these characters and the latter is all down to the brilliant casting. 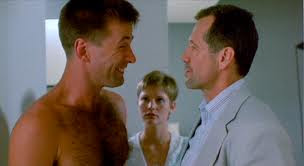 When Reservoir Dogs hit big I went out looking for more smart, funny and violent crime dramas.  This was one of the few I found that scratched the itch that Dogs caused.  Ward plays Hoke Mosely, a gruff Miami detective who is a little past his prime.  He crosses paths with Alec Baldwin’s career criminal who mugs Mosely and steals his badge and gun.  Using this badge Baldwin’s character shakes down the entire city for his own benefit with Mosely struggling to keep up.  If you think Baldwin is at his best while being both intense and funny then this performance is right up there with his work in Glengarry Glen Ross and 30 Rock.  Supported by Jennifer Jason Lee as a sweet and naïve prostitute and some other walk-ons by instantly recognisable faces Baldwin eats up the screen.  But Ward’s grounded turn is the backbone of the piece giving the film pathos and heart.  You should all watch this as soon as possible.

Cast a Deadly Spell is without doubt the jewel in Ward’s filmography.  The opening caption ("Los Angeles, 1948.  Everybody uses magic.") describes the concept better then I ever could, but don’t think I’m not going to try.  Ward plays H. Phillip Lovecraft, a private investigator hired to recover the Necronomicon from a local mobster.  The production value on display is great mixing convincing period detail with fun creature effects and all wrapped up in snappy script that drips wit.  Ward plays the lead again yet, since your classic noir (anti)hero is never in control and never guiding the story, the role plays to his strengths.  Here Ward is bounced around a devious plot by a great cast including Clancy Brown, David Warner and an early turn from Julianne Moore as an effective femme fatale.  Ward sits back and lets these scenery-chewers go about their work while interjecting his world-weary look and the occasional zinger.  It is clear from this film he was born for noir.  I pretty much fell in love with this movie minutes after it had began and cannot recommend it enough.

Of course I don’t know the guy.  He could be a bitter shell of an actor, once desperate for the limelight now cursing having been pushed into supporting roles.  I can only go with what is up on the screen and in that respect I have confidence in calling Ward the ultimate cinematic wingman.  The kind of actor whereby adding him to your cast list automatically increases your confidence that the role in question will be inhabited by someone who is tough by sympathetic, likeable but intimidating, kind and mean but most of all: selfless.

Fred Ward is the back up, and more people should have called him in. 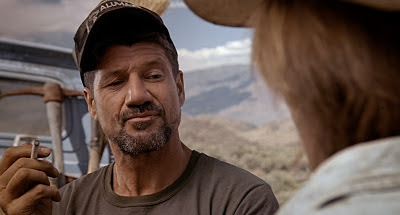