Gogol's Triple-Bills: Inferno of the Yetis

This is by no means an exhaustive list, nor an academic musing. It just so happens than in the last year I have watched three yeti-based films and have decided to lump them together in one article.

I think it is worth spending a moment defining exactly what a yeti is. In preparation for this article I gathered (gathered, kidnapped... whatever) some of the worlds leading minds in urban mythology, anthropology and zoology and encouraged (forced) them to formulate a really concrete definition. I then decided they were wrong and using my own scientific experience (my doctorate is in unethical sciences and general unpleasantness) came up with the following definition:

So now that piece of business has been disposed of (like the 'leading minds' that failed me) let's get down to business. 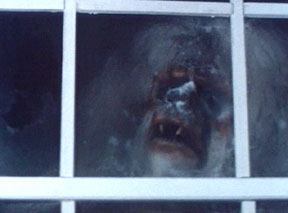 Snowbeast is a made for TV movie starring the mighty Bo Svenson. It is essentially Jaws, but with a ski resort replacing the beach and a yeti replacing the shark. As crowds assemble at the resort for the annual winter fair, an event crucial to the financial survival of the local town, a strange creature lurks in the woods picking off skiers. In order to suppress panic, the attacks are investigated on the quiet putting the visitors in further danger.

Some extra drama is heaped onto the proceedings when Svenson and wife arrive. Svenson plays a champion skier who has dropped out of competing. There is a real sense of shame and sorrow and mention that no-one will give Svenson's character a job. This all hints to some juicy and nefarious skeleton in his closet and one that looks to be teased out over the course of the film. Complicating things is his wife and her prior relationship with the resort owner, setting up a love triangle amongst the yeti action. 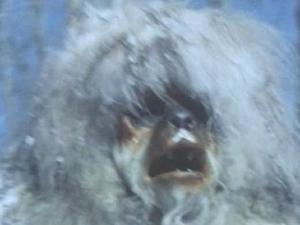 The mysterious creature turns out to be a yeti. Although only glimpsed he seems convincing enough. He is a tough bugger, taking multiple gunshot wounds and is also clever, springing traps and strategising rather than just angrily mauling all the time.

Where Snowbeast fails, however, is in capitalising on its strengths. All dramatic tension dissolves when we find out that Svenson's character gave up skiing because he was afraid of being knocked off the top spot. I was expecting him to have eaten his best friend when stranded up a mountain, or to have skied over a baby or something. Nope, the big reveal is he just wanted to quit while he was ahead. The love triangle is also neatly resolved by the third party simply being fine with the other two being a couple.

And then, to top things off, our intelligent and tough yeti is finally dispatched by being stabbed with a stick.

In addition the film is really quite tame and this is really felt during the yeti attacks. Rather than any blood actually being spilt, the image is frozen and a red colour filter fades up.

Despite playing it safe the film still retains a certain charm and was somewhat enjoyable. 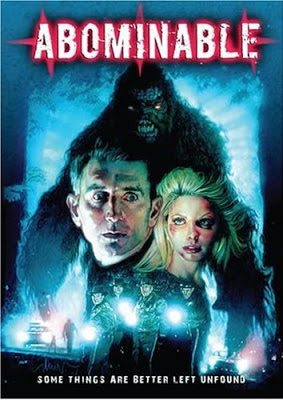 A successful way to market a film has always been to take two existing popular concepts and splat them together. Alien is a haunted house movie in space, Under Siege is Die Hard on a battleship. So it's with great pleasure that I introduce you to:

Abominable: It's Rear Window with a yeti.

I should probably make it clear that the yeti is not playing the James Stewart character (it's good, but it's not that good). Matt 'Diet Guttenberg' McCoy is a paralysed mountain climber being looked after by a prickish male nurse in a remote mountain cabin. In the remote mountain cabin opposite a group of attractive young women are having a weekend away.

When the yeti rears its white-haired head and starts gobbling up people it is up to the wheelchair-bound McCoy to try and convince the authorities to help out while simultaneously not looking like a massive pervert for spying on the young ladies opposite.

The films small budget shows primarily in the chosen film stock. It's a washed, low contrast image that comes across like an early episode of X-Files, but otherwise the production is spot on. And sacrificing the richness of the image secures money to make sure that the monster is great. 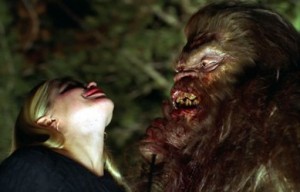 What also sets this film apart is that writer/director Ryan Schifrin is the son of legendary composer Lalo Schifrin. As such the film gets an effective orchestral score that many films in this budget range would not get. Throw in appearances by Lance Henrikson and Jeffery Combs and you've got the kind of fun monster movie people just don't make that often. This comes highly recommended. 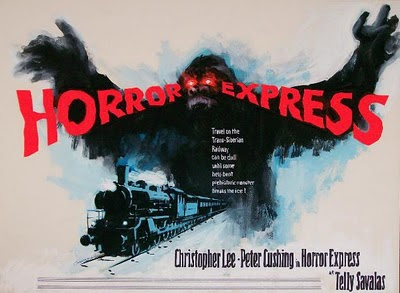 Okay, this one is a stretch I admit. Christopher Lee finds a frozen ape-like creature who he believes to be the missing link (it's snowy and ape-like, fuck you it's a yeti) and stows it away on the trans-Siberian railway. Before long people start to show up with white, pupil-less eyes and brains completely wiped clean, while others seem possessed. Peter Cushing, playing a doctor, thinks something is up leading to some classic Lee vs Cushing head bumping.

But it's when Telly Savalas turns up half-way through the film playing a mad Kossak that things get really good. Savalas eats the scenery, stomping up and down shouting his bald-head off and threatening anyone and everyone. He is just brilliantly mental. 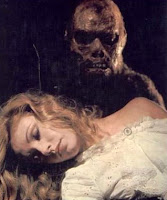 The film also has an ace up it's sleeve and one that makes me calling this a yeti film even more tenuous*. If you intend to see this film do not read ahead.

The frozen creature is not our killer. The creature carries an alien energy form that moves from person to person possessing them. Although the way this is discovered is requires some suspension of disbelief, it's a great little twist. The performances are great, the production is superb, there is some nice science vs religion conflict and the way eyes are used, either glowing red or white and empty, add a genuinely creepy and unsettling flavour to the magnificently mad pudding that is Horror Express.

Both Abominable and Horror Express are great little horror films and well worth your attention. Snowbeast, meanwhile, is harmless and that is both the key to its charm and its major flaw.

*Okay so it's not a yeti. Got a problem with that? Well Dr Kenneth Bron of the Royal Anthropological Institute had a problem with it and he's now somewhere at the bottom of the Marianas trench in an iron maiden made of gold.
Labels: Triple-Bills