Those that have studied film at even a basic level will understand how genre theory is a somewhat flexible system. It's a form of labelling movies based on their prevailing tropes that serves really only to make conversations easier or to manage audience expectations more effectively. Where it fails as a precise science is when you start thinking about sub-genres, modes, and hybrids and the conventions that separate them. How many vampires can you add to a western before it becomes a horror movie? Although conventions tend to be the things that identify what genre is a best fit for a movie there are some genres that are separated merely by who's perspective we asked to view events from.

The slasher and revenge thriller sub-genres are separated from each other only by who we are asked to empathise with. The basic requirements are the same for both: someone is wronged by a group and sets about exacting a violent revenge. There are some other conventional distinctions, such as the slasher killer only using bladed weapons and usually hiding a disfigured face behind a mask of some kind, but ultimately it’s the same engine driving the car.

Imagine if in I Know What You Did Last Summer the killer was actually on his way to see his daughter before being run over. Imagine the teenagers were obnoxious bullies, maybe even criminals. These changes would be enough to switch our point of identification so that we would empathise (not necessarily condone) the killer. Then by following the killer as he sets up his various traps and attacks we would be firmly be in revenge movie territory even if the horror conventions and iconography were kept. It works the other way as well. If you take any revenge movie you can think of and make the event that spurs the killer accidental, then show events from the point of view of those responsible you would end up with a slasher movie. Superficiality aside, how different really is Jason Vorhees from Paul Kersey?

This switch of perspective also seems to work when transitioning between superhero and classic monster movies. Again, the core of the narrative is the same across both: A person is inflicted with a strange condition due to some scientific or supernatural event and has to come to terms with their newfound state. In superhero movies, the hero learns to control their powers and use them for good while in the body/monster horror the protagonist loses control and uses them for evil. 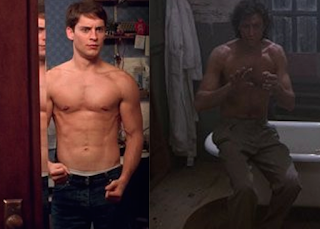 Or course this can have a downside as not knowing exactly what type of story you want to tell can dilute the narrative. Dracula Untold is a film that commits to neither superhero nor monster movie. Dracula is still the blood-drinking, impaling son-of-a-bitch we all love to hate but these acts are half-heartedly justified. And so despite containing conventions and sequences inseparable from monster flicks the attempted positioning of Dracula as a superhero, complete with a ‘learning his new powers’ sequence, mentor trope and kryptonite style weakness, causes the film to never feel like a horror movie while never giving you someone truly heroic to root for.

Ultimately whether the protagonist is righteous enough to follow, in the cases above, will decide the genre of movie. Just make sure you fully commit otherwise your audience won’t know who they are supposed to be rooting for.