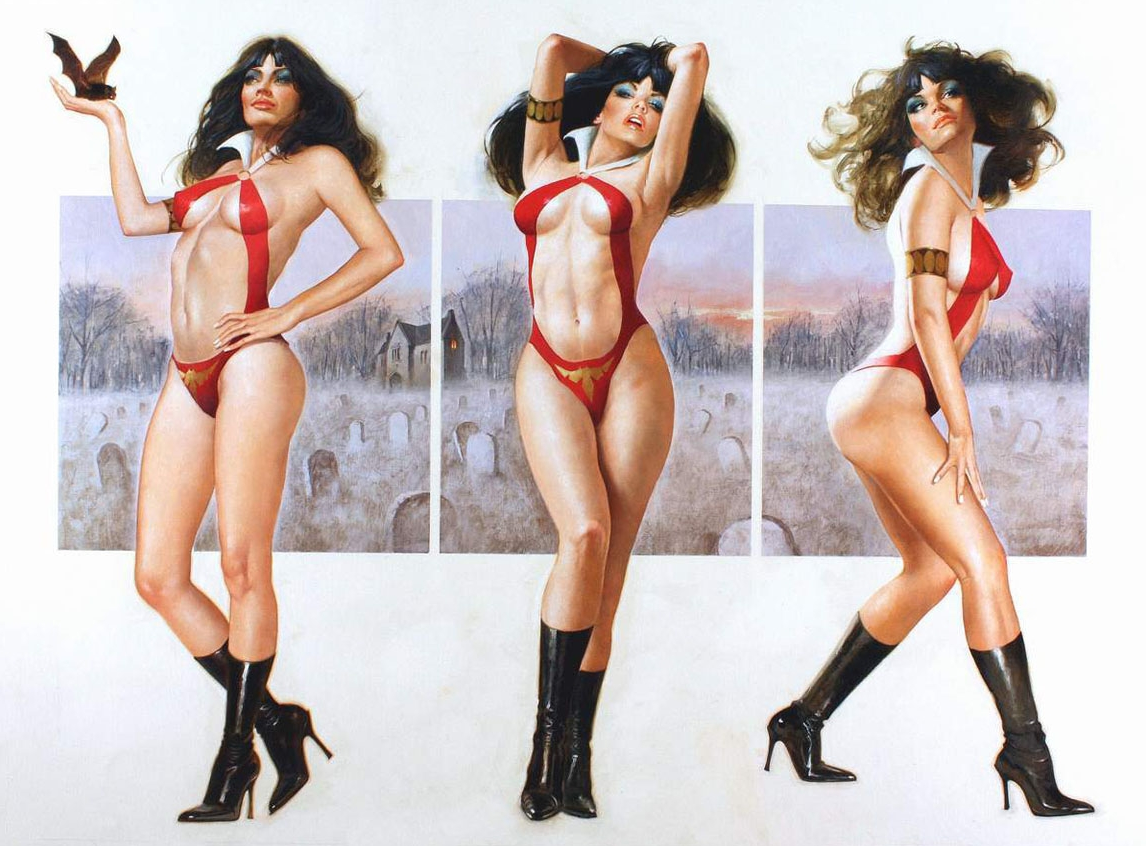 I was only ever aware of Vampirella through the lurid artwork that graced her comic. To me, she seemed little more than a voluptuous, dark-haired seductress caught in an eternal struggle to prevent her tits falling out. But since the covers featured a heavy gothic atmosphere and large dollops of fun the discovery of there being a movie about this character peaked my interest. The trailer, however, sealed the deal.

Space-ships, fist-fights, explosions and Roger Daltrey in a vampire cape? This looked like it could be the best film ever made. Would you believe it's not? Oh you would? Well, stupid as it might make me sound the fact it wasn't came as something of a shock. The main problem is that despite moments of sublime absurdity the film is generally rather dull. 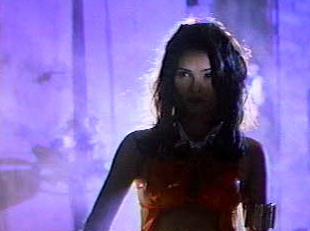 It opens on Drakulon, a planet of vampiric creatures who feed from rivers of blood. Not content with merely feeding for survival, Vlad (Daltrey) decides to feed off others, an act that bestows him greater power and longevity. Arrested for his barbaric crimes Vlad stages an escape, killing the Father of Vampirella (Talisa Soto) in the process. Pursuing each other through space their conflict continues on Earth were Vampirella, aided by a descendant of Van Helsing, must stop Vlad from plunging the planet into eternal darkness. 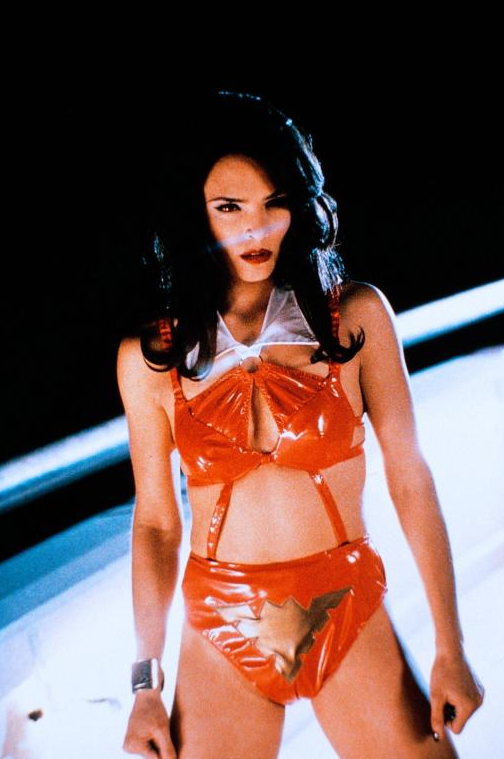 Firstly, respect for filling the lead with an actress with presence rather than a ludicrously proportioned body. That’s not to say Soto has a particularly normal female body shape it's just whoever was casting decided against the presumably enticing concept of squeezing a curvaceous playboy model into a tiny red bikini and opted for a little more value above the neck line. Although she doesn't match the comic version of the character curve for curve Soto is strikingly beautiful, so much so I wouldn't be surprised if it transpired Jim Lee uses her as a model for all his females. It also appears she can act, at least it seems that way by comparison, since she manages to convince as an exotic space vampire while the cast surrounds her fail to convince as normal human beings. The outfit, such as it is, is fairly faithful. It's red, and there is precious little of it. Since this is a live action film and therefore vulnerable to those pesky laws of physics, the costume has a fair few more straps and the high waisted pants cover more flesh. It's hardly chaste, but more like an Ann Summers Wonder Woman outfit than the thong and braces favoured in the source material.

Surely though there is more to this movie than an attractive woman in a red bikini? The filmmakers didn't seem to think so as despite many valiant attempts it remains the films main selling point. Sure there is a brief spell on Mars, lots of transforming into bats, a secret vampire hunting agency and some geek-bait cameos but it's never enough. Planet Drakulon is just a hotel lobby populated with a couple of toga-wearing extras, the pyrotechnics have the dynamism of those used in a school play and the space opera is just the same fucking recycled model shots from Roger Corman's movies. The opening is cheap but fun and I'll get to the ending in a minute, but only having watched the movie the night before writing this article I can't really remember much of what happened in the middle. It's all pretty bland really.

Aside from Soto the one bright shining star is Daltrey. To say he hams it up is an understatement. Struggling around massive plastic fangs and a parade of ridiculous costumes he commits utterly, throwing all sense of caution (also nuance, taste, craft) to the wind and goes full-on pantomime villain. Whether he is piloting a space craft dressed as a new-romantic, rocking out on a Las Vegas stage in a clip-on pony-tail or trying not to drool over himself with those unwieldy gnashers Daltrey dials it up to eleven. The most amazing costume, however, comes at the films exciting climax. Dressed in a red-lined fancy dress Dracula cape, complete with slightly bent high collars, and smeared with a dash of pale make-up, Daltrey runs around a factory, hissing and flapping like a tipsy Dad at a shit halloween party. The fairly rough fight that follows is all the more hilarious for it. 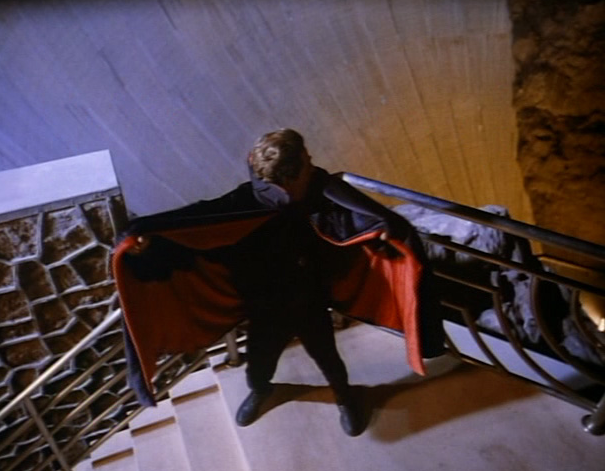 There is some stuff to have fun with and it's hard to outright dislike it, but it lacks any of the gothic flourishes that makes the comic artwork so lurid. The film simply isn't as scary, sexy, bloody or fun as it needs to be. 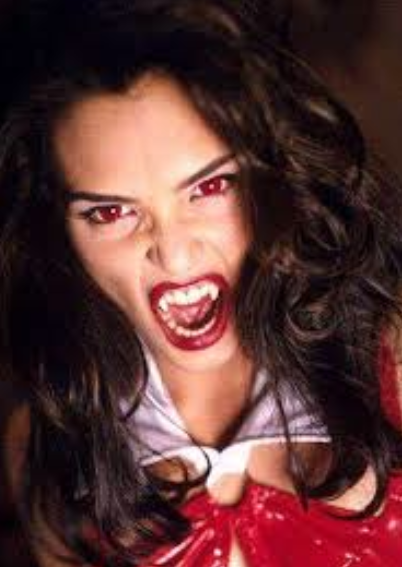