Eric Red is a name that gets thrown around far too little for my liking. For starters, this is the guy that wrote both Near Dark (Bigelow, 1987) and Blue Steel (Bigelow, 1989). If that doesn’t give you an idea as to the guy’s sensibilities then hopefully this little article will. Red is a master at taking genre movies and well-worn conventions and spinning them on their head. Not in a way that is an obvious subversion but in subtle ways. Take Cohen and Tate (Red, 1988), his first feature as both writer and director, for example. It is a film that relies on the comfort of what might appear to be a conventional buddy/road movie, yet manages to keep everything unpredictable right until the final act. His movies show a filmmaker breaking the surface of genre, looking for every last scrap of originality he can find  even if the results are not always entirely fulfilling, I have yet to see a film of his that hasn’t left me wanting to tell someone else about it. The three movies below exemplify this the most.

Jeff Fahey loses his arm in a car accident and undergoes an experimental surgical procedure to have an organ donors arm grafted back on. Unfortunately the arm belonged to a convicted murderer and starts to take on some of its previous owners personality traits. This is a fairly well-worn idea and one you can see in films such as The Hands of Orlac (Wiene, 1924), its remake Mad Love (Freund, 1935) and to a degree The Hand (Stone 1981). Red, however, still manages to breath fresh life into this cadaver. Red focuses our attention on the family, showing how the arm gradually alienates Fahey’s character from his wife and children. Realising something is up, Fahey tracks down the other recipients of these murderous limbs to see if they are experiencing any problems.

For a film about killer limbs it is surprisingly un-schlocky and this is due to the focussing on the implications on character, rather than plot. Just as you settle in, though, Red throws you a curveball and exploits the potential of this concept, heaping on the schlock with a ladle.

Fahey’s new friends start being murdered, their borrowed limbs removed and stolen. It turns out the previous owner isn’t dead and is determined to get his property back. It is in the these final moments that Red ramps everything up, with slow-mo murders, gore and an inspired car chase that sees Fahey, in one car, hand-cuffed to the driver of another car. 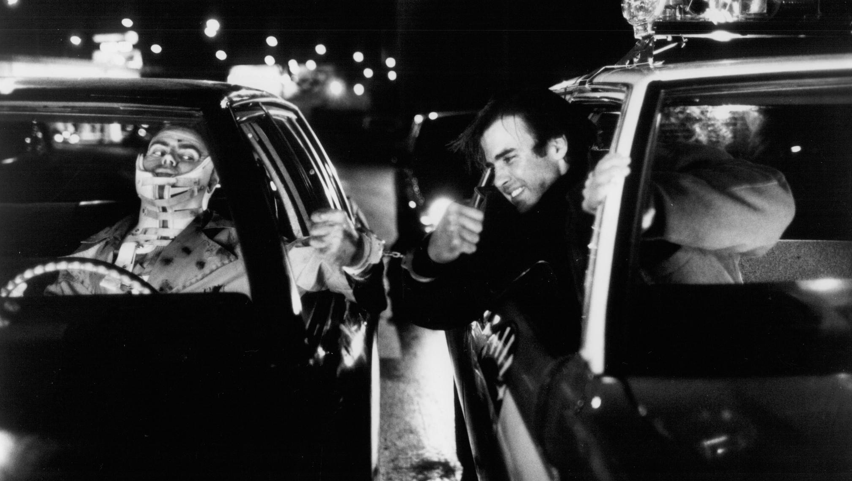 Red handles this all with confidence and we never really feel the tonal change. Even when Fahey takes a shotgun and blasts away at a lab full of limbs in glorious slow motion we never wonder what happened to the oddball family drama we were watching forty minutes ago.

Body Parts us the best demonstration of Red's ability to have his cake and eat it, working with genuine drama and convincing performances alongside hokey mad-scientist tropes and heavy gore without ever revealing the joins. It is also, in my opinion, his best film as both writer and director. 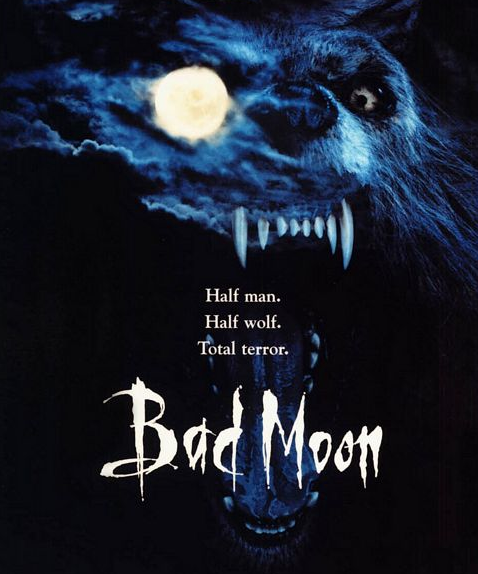 Of the three movies here this is probably the one that left me the least satisfied. Yet I chose this over more obvious home runs to prove the point that even in his weaker films there is stuff worth sharing. Bad Moon grabs your attention right away with a nicely staged werewolf attack, gratuitous nudity and a wonderfully bombastic horror score. Unfortunately following this scene the film slips into first gear and stays in it for most of the run time. That’s not to say there is anything incompetent going on, rather it is nowhere near as shameless and fun as the opening.

What we are essentially asked to engage with is a small family drama as the ‘survivor’ of the opening attack moves in with his sister and her family. By day he tries to endear himself to them, by night he chains himself to a tree to stop the wolf inside him taking over. A series of animal attacks clearly indicate he is failing and his sister becomes a little anxious as to her brother’s motives. It is all nicely performed but rather serious and inert.

Thankfully the climax takes things up a notch and brings back a sense of the fun and absurdity of the films opening. Firstly, the werewolf is fucking great. I’m not normally a fan of big snouty wolves, but this huge practical creature effect is wonderful and straddles the line of realism and design so as to result in something that is convincing, exciting, terrifying and, well, awesome. Seriously, one of the best werewolves ever. The transformation isn’t great, as Red opts for a morphing effect, yet it is one of the better applications of this now dated effect I have seen.

Even better is the hero of the movie is a dog named Thor. The family pet gets a fair bit of attention throughout the film (an almost distracting amount one might say). However the finale justifies this as Thor defends the family by taking on the wolf in a nicely staged extended paw-fight. Seriously, it’s a climatic, choreographed final reel fight scene between a practical werewolf and an actual dog. Thor takes the beating of a lifetime in this, but keeps coming back for more eventually finishing the fight by leaping on the creature sending them both crashing out of a top floor window. Thor is the John McClane of dogs. 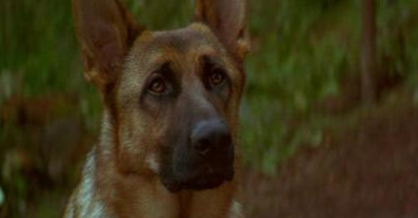 The score is great, the gore is plentiful and Red commits a canine hero to screen that makes Lassie look like a fucking twat. For that I can put up with a saggy middle. 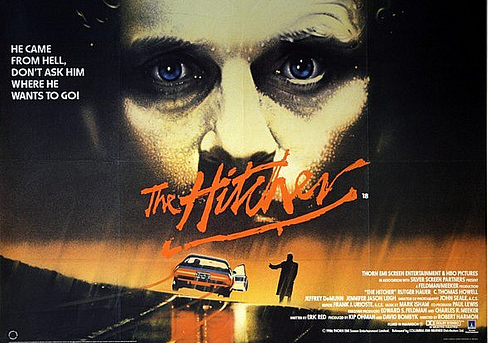 I was going to only write about Red’s directorial efforts yet what is clear from The Hitcher is that Red’s creative voice is so powerful that is survives all the various production stages and shines through into the end product. What proves this is that up until I checked I had assumed Red had directed The Hitcher as it is such an exemplification of everything he does well.

Beginning with one of my favourite opening scenes ever the film doesn’t waste time, as C.Thomas Howell’s new hitchhiker, played by Rutger Hauer, slowly turns out to be a homicidal maniac. Eschewing a slow build Red drops us right into the thrills with this opening that would work as a short film in its own right. What follows is a juggling act of horror, thriller, road-movie, action film and dark comedy as Hauer’s maniac stalks Howell across the deserted freeways of America. It goes small when it needs to and when it wants to get big (helicopter chases and tumbling patrol cars) it commits.
Red wisely defies convention, offing characters when you don’t expect it and refusing to offer any explanation as to why Hauer is doing what he is doing without leaving you feeling cheated.

I’m not going to say director Harmon, crew and cast don’t add to the success of the film, as it appears that everyone is bringing their A-game. The look on Hauer’s face alone when Howell realises the gun he has is empty is absolute genius. Yet this is an Eric Red film through and through and frankly one of, if not actually, his best. It is one of those rare films that is, in my opinion, perfect. Not that it is the best film ever made, but it is one where I cannot think of a single wrong step it takes. It is a film that has been formative in my appreciation of genre filmmaking and if you haven’t seen it yet should give it a try as soon as possible.

Red's pre-occupation with death and murder, especially the automotive kind, take on a more macabre and disturbing dimension when you dig into his personal life. This article, however, is about the filmmaker more than the man. Eric Red makes genre movies that are fun and thrilling, yet never come across as silly. He balances tone with skill and uses conventions to get an audience to drop they’re guard so he can surprise and shock them later. Having recently revisited a lot of his films he has become one of my favourite genre filmmakers.