Three the Hard Way is a barnstorming blaxploitation action-fest that features iconic actors shooting and punching their way to foiling an evil villains awesomely absurd plan.

The film opens a little low-key, with an unknown character escaping from a grim prison camp. We are offered no explanation of who he is or what he is running from before the opening credits start. The credits themselves are also fairly subdued, as a romantic soul song plays over a montage of Jimmy, played by Jim Brown, talking a lovely walk with his love interest. It is when the escapee interrupts their romancing that things get interesting.

It transpires that an evil white supremacist group is developing a formula that when introduced to the water will kill all black people who drink it. Rather than go to the police or government Jimmy instead relies on his own skill set as a music producer to avert this genocide. I was unaware that the skill set of a music producer included access to and expert use of a range of firearms. I should probably stop fucking with music producers. 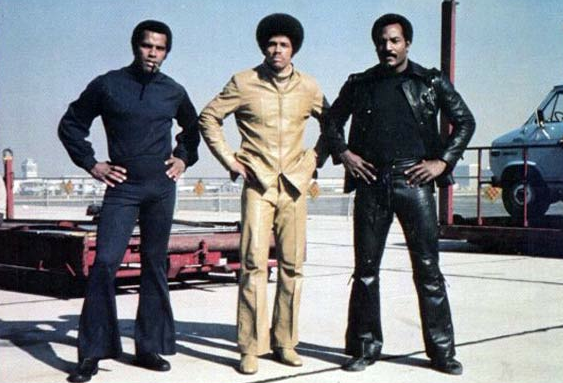 He then enlists the help of Jagger Daniels and Mister Keyes (Mister is actually his first name), played by Fred Williamson and Jim Kelly respectively. Their occupations are never really clarified and we are just left to assume they are professional ass-kickers. What follows is an exquisite rampage of violence. Allow me to throw some light on some of the best parts.

The action is excitingly efficient. It is fast, brutal and clumsy. This is best characterised in the amusement arcade shoot-out. Shotguns and pistols flare with sound effects that are crisp, crunchy and satisfyingly raw cutting down endless henchmen amongst showers of squib projected corn syrup and bits of exploding pinball machine. Nothing is clean nor does it appear choreographed yet it matches its messiness with fury. A second shoot-out in a car wash is equally vicious and entertaining.
This is helped by the stunt-work as provided by the legendary Hal Neeham. Although mostly small-scale stuff including falling through windows, diving from explosions and the occasional high fall, there are a couple of stand out set pieces. One stunt features two flaming cars driving off the top of a building. 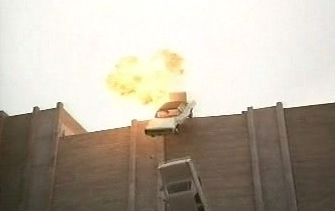 The film is not afraid of absurdity either. Wanting to question a suspect for information on this secret organisation, Jagger calls in the help of some experts. They arrive in the form of a trio of female interrogators. Each has their own coloured motorcycle with matching leathers and look like Power Rangers (in a good way). 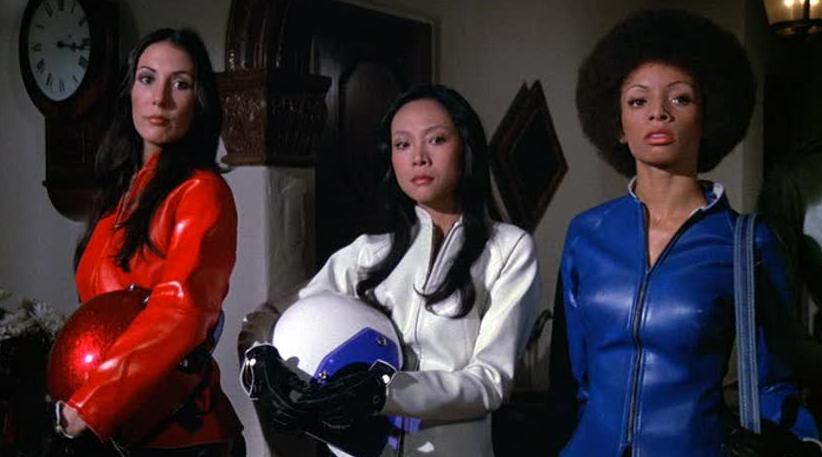 They also like to interrogate topless. This is by no means sexy, not is it shot or played as such. In fact, I am unable to explain exactly why this scene exists. It does however, make for a gloriously ludicrous moment when the film needs one the most.

Even if the film did sag a little in the middle we wouldn't have to wade in it for long as the film rattles along at a significant pace. Aside from the slow opening there is never a moment on screen that isn't fun to watch. Even when there are no fights, car chases or topless torturers the charisma of the leads are enough to entertain even without any characterisation.

The villain is also fun. Monroe Feather may be evil, but he looks like a member of local government. He is small, conservative and dressed in grey and even though he controls an army of swastika-ish wearing soldiers he still comes across as non-threatening. What I love about the this guy, though, is how he completely looses his shit when things get bad. When our heroic threesome attacks his compound at the climax of the film he just panics and runs around wailing "why is this happening?" like a spoilt child who's had his toys taken away. A racist, right-wing official who is all mouth an no balls? For all the liberties the film takes with realism Feather actually represents one of the most likely bad guys I've seen on screen for some time.

The final battle not only has our bad guy running away crying but also has all of the films qualities on show. The action is as well staged as it has been all throughout the film but on a far greater scale. Jimmy wields a small sub-machine gun that fires seemingly magic bullets. When they strike a human body they wound in a normal way, yet when they strike a wall they explode like dynamite. 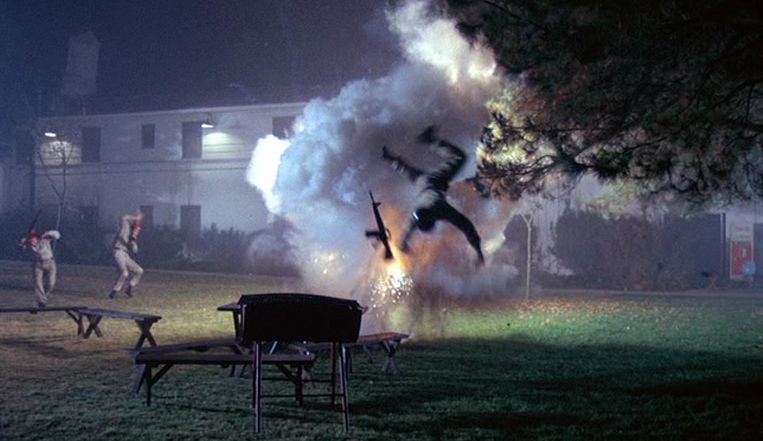 This must be another skill unique to music producers. Jimmy is not all powerful, though, as during one prolonged shot actor Jim Brown completely stacks it over a table. It looks like it would have hurt too but the trooper carries on until the end of the shot. This battle all takes place in an expensive looking mansion location and is just one of the varied and interesting backdrops the movie plays out against. Aside from the ones already mentioned we also get a mountainside water treatment plant, a martial arts school and some grungey streets.

Curiously we spend very little time on the streets. In fact our trio all seem well off, well dressed and tend to hang out in really nice places. When we first meet Keyes he's being framed for possession by presumably racist cops but he hands them all their arses without consequence. And yes, black people being dragged off the streets and experimented on hardly raises aspirations, but it is Bond level villainy rather than socio-real issues. My experience of blaxploitation is limited to a few movies, but all the ones I have seen take place in derelict buildings, on littered streets and involve low-level crime. It was therefore refreshing to see black characters who seem to be doing alright for themselves.

Slow start aside the only thing that left me cold was the music. It is by no means bad, but not the badass score I was expecting. That minor point aside I had a tremendous amount of fun with this film and it is one I think I'll find myself revisiting many times. Plus, the outfit Jim Brown wears in the end has to be seen to be believed. 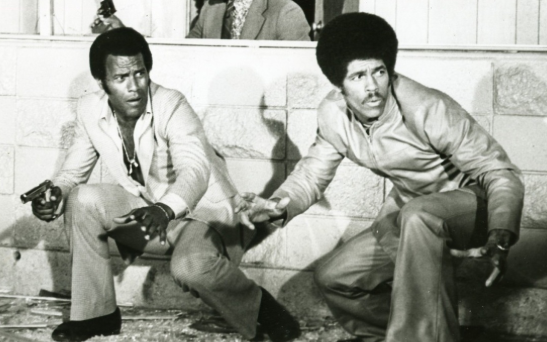