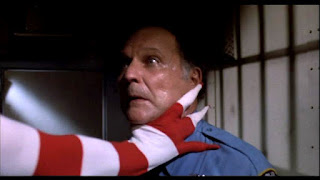 Clowns often argue that they aren't scary. A whole bunch of them even protested the opening of a fairground attraction depicting them as scary. But they would say that, wouldn't they? 'Course they would. Ptrecisely because they're the scariest things in the universe.

Let Gogol and Trick tickle your coulrophobia as we delve into the murky, facepainted world of killer clowns.