The Two Faces of John Woo 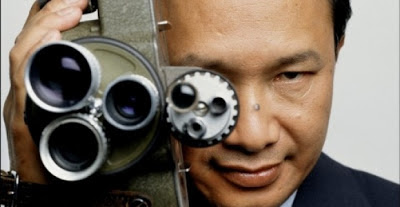 In my early teens I remember buying a copy of John Woo's The Killer (1989) on VHS. I picked it off the shelf in HMV and took it to the counter.  As the guy at the till scanned and bagged it, he leant forward and said:

At that age I don't ever remember someone behind the counter talking to me without patronising me. It was, by all standards, an unremarkable exchange, but one that made me feel like I was a member of a group - a secret society if you will (I was young), who had discovered the work of this exciting Hong Kong director. A group who couldn't wait for the rest of the world to catch up and witness this director's unique ability to present action in a way never before seen. Every release of his was met with anticipation, but not as much as the prospect of him coming to America and working with more money and opportunity.

And after a couple of moderately regarded works in the US he hit big with Face Off (1997). Suddenly a far broader audience was finally seeing what he could do.

Fifteen years later, no-one is talking about John Woo. When they do, he's often referred to as the guy that made Mission Impossible 2 (2000), Windtalkers (2002) and Paycheck (2003) and dismissed as a less prolific, less profitable Michael Bay. This is a gross injustice and one that needs to be corrected.

John Woo is, in my humble opinion, an auteur and an artist. 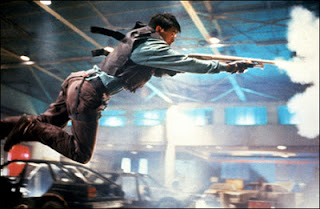 Action and art are not mutually exclusive. One of the many opportunities that film has over other art forms is that it can be a study of motion and where better study motion than in an action film? I'm not saying that all action films can be considered art, but Woo's specific vision and intuition for movement allowed him to paint not only with light, but with kinetics.  Each spin of a stuntman, every turn of debris in the air, every random element seemingly controlled and choreographed in perfect synchronisation with his agile camera shows us a director able to take utter chaos and present it to us as a beautiful dance.


This would be enough to qualify him as an artist, yet there is far more going on in Woo's work than
a ballet of blood and bullets. Nearly all of Woo's stories revolve around reflection, or seeing oneself in someone very much the opposite. The first of the films to showcase Woo's tropes, A Better Tomorrow (1986) centres around two brothers, one who joins the Police and the other who works for the mob. As the narrative rockets along like a bullet, pride, honour, duty and family cause the brothers to clash. Alongside them, Woo regular and all-round badass Chow Yun Fat plays a once formidable enforcer now the shadow of himself due to an appalling leg injury. His pick-chewin' two pistolled master-killer nothing more than a rippled reflection in a pool.

In the aforementioned The Killer, Chow Yun Fat is an assassin who suffers a crisis of conscience after blinding an innocent girl in a firefight. The pursuing cop sees the good in him, but cannot bring himself to empathise with a professional murderer. 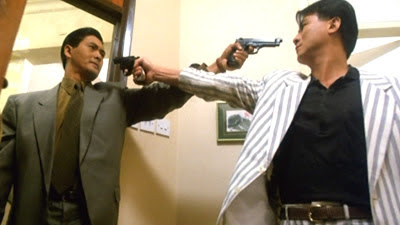 In Woo's masterpiece of mayhem, Hard Boiled (1992), a tough cop hunts down a mobster only to find he is a cop so lost in deep cover he is even selling out the mobster he is working for to another gang. 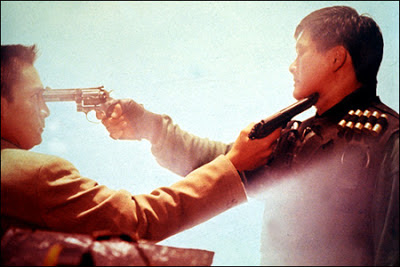 These characters battle throughout the films and frequently have to question and then traverse the lines that define notions of good and evil.  The stills above demonstrate how these transgressions inform  everything Woo does, even down to the blocking of scenes.

This conflict sets about inner turmoil and repression of new and alien feelings.  In the case of the career criminals it is the unwanted values and empathy they experience. In the case of the good guys, it is the willingness to see past a series of laws broken and give the criminals a shot at spiritual redemption when doing so would prevent them from fulfilling their duty.

This turmoil explodes dramatically, but more than that it explodes into violence. Woo's action scenes may be far-fetched, yet they work in exactly the same way as musical numbers. Pent up aggression and repressed emotions are expressed, advanced and at times resolved in choreographed sound and motion. Chow Yun Fat leaping through the air is no different to Gene Kelly skipping through the rain. In the case of this scene in Face Off the line between musical and action film almost vanishes completely.


Juxtaposition such as this is common in Woo's films. More often than not it is the juxtaposition of images of peace (doves making regular appearances) with images of war. It is yet another visual representation of duality. This duality walks hand-in-hand with depictions of Christianity. Woo does not simply paint Christianity as a force for good, but rather a battleground (literally, in some cases) where good and evil are at war. 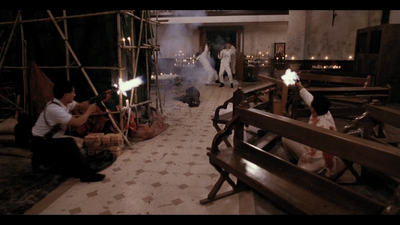 Yet good and evil are not opposites, rather two sides of the same coin. This is most clear in Face Off, where the villainous Castor Troy and the straight-as-an-arrow Sean Archer (see what they did there?) improve each others lives while masquerading as one another.

For Woo, the struggle between good and evil is complex as the people fighting them. These battles are not always resolved in a particularly happy way but they are nearly always conventional. Woo obviously holds family with some reverence, whether that is biological family or the new families one creates through life. In the climax to Bullet in Head (1990), two childhood friends, now enemies, fight to the death smashing their cars into one another while Woo cross-cuts with their frivolous bicycle race from early in the film. It is a dissolution of family made all the more devastating by its juxtaposition with far happier times.  I won't spoil all his films, but whether it is redemption, family or justice the conventional notions of good always shine through. 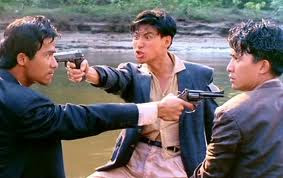 Growing up in relative poverty and surrounded by violence and crime, Woo trained to be a Priest but eventually found his way into film making and therefore his way out of misery. It is not surprising then that Woo often frames opposing images together. Equally, it is not surprising that Woo likes to find the good in chaos and violence. It may be a romantic view, even sentimental, yet finding hope in the most hopeless of situations informs every conflict of self in his films.

John Woo is not about making exciting, yet hollow, spectacles but rather communicating how he sees the world through the language of film.  He is, without doubt, an artist. 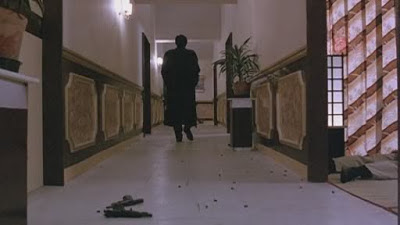