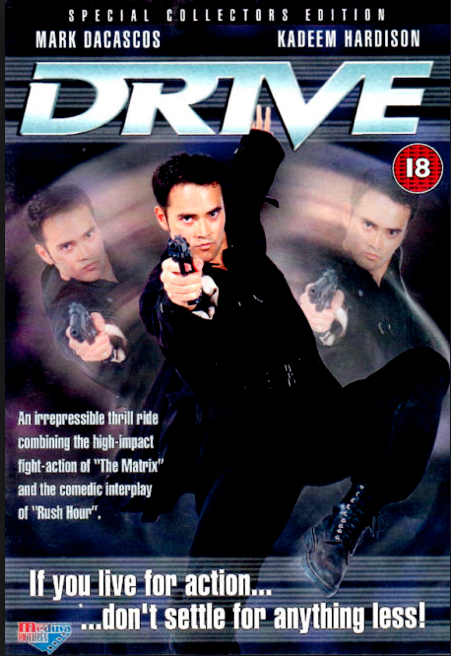 If the recent success of the Raid movies has you scurrying into the past looking for awesome martial arts movies then I’d like to nudge you gently towards Steve Wang’s Drive. That’s not to say it shares any common traits with the Raid movies for while they go for sombre brutality Drive feels more like a Jackie Chan flick, in tone at least.

Toby Wong has been implanted with a device that gives him superhuman reflexes but has decided to flee his employers in an attempt to sell the device to a rival company. He convinces bystander Malik to help him for a share of the fortune and the two set off pursued by ruthless killers. The movie mixes action, buddy-movie rapport and the occasional silliness with varying degrees of success but what it does do well is present some quite spectacular martial arts thanks to the considerable abilities of lead Mark Dacascos.

Dacascos has long been on my list of people awaiting the Icons of The Overlooked treatment. He has appeared in a number of movies but to date Drive shows of his talents the best. Displaying both martial arts and acrobatic skill Dacascos ably proves he could make movies in the same ballpark as Chan’s (albeit without the near-death stunt work). Drive sees Dacascos handle a series of extended and complex fight sequences, mixing violence and comedy with grace. The lengthy motel sequence, which includes a close-quarters battle against taser-wielding baddies and a fight using every conceivable object in a garage as a weapon, is as good a showcase as any screen marital artist could ask for. If for nothing else the movie is worth seeing for these action scenes. 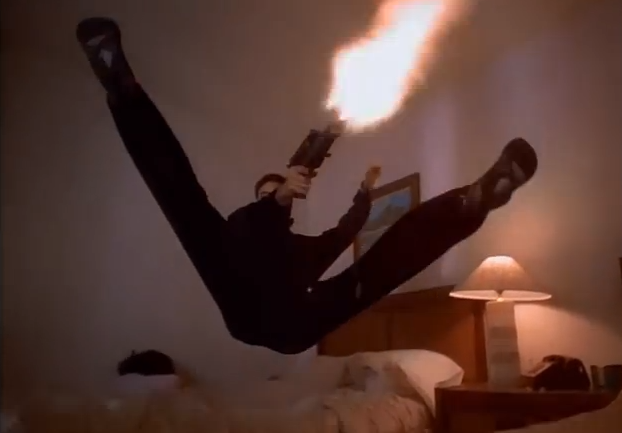 Dacascos also fairs relatively well with the bits between punching. As excepted he can do the frowny cross-face required of any cinematic hard-man of presence but he also handles the comedy showing a gift for timing and goofy face pulling. Unfortunately these are modes he slips into and he isn’t able to merge the two of them into a single persona convincingly (that, however, could also be said of the movie as a whole). Regardless Dacascos is an engaging personality as well as an exceptional pugilist. It’s baffling he’s rarely put front and centre in other movies, though his turn as Mani in the brilliant Brotherhood of the Wolf (Gans, 2001) is well worth a look. 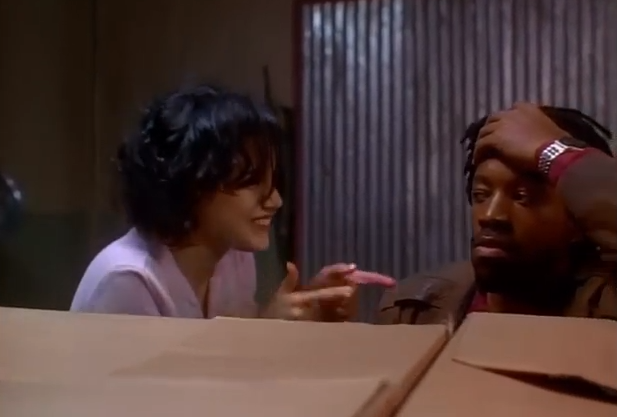 The supporting cast are all good value for money as well. Kadeem Hardison makes a meal of the comedy scraps thrown his way while Brittany Murphy plays it broad, threatening to annoy with every line before rescuing it with a moment of sweetness. It’s John Pyper-Fergusaon that really stands out though. Saddled with an awful cowboy persona he never the less plays the villain as a credible threat while simultaneously managing to be the funniest thing in the film, largely thanks to some wonderful line delivery.

In the final action scene Toby faces off against another super-powered martial artist in a fantastically choreographed fight that makes for a more than satisfying conclusion. The cynical may be tempted to roll their eyes at the constant goofiness on display, but it is difficult not to find it endearing. As a result Drive is consistently entertaining, more so than most straight to video action movies of the time. It is surprising, then, that Director Wang made no more features instead going on to work on shows like Power Rangers and Kamen Rider. It’s a shame as both director and star could have gone on to make some truly memorable action movies. At least we have Drive though; a daft chase movie peppered with fun performances and brilliant fights. So nothing like the Raid then.