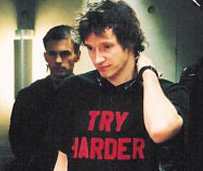 A lot of people seem to dislike the movies of Paul W.S. Anderson. I have been anything but a fan for sometime myself. Yet despite his propensity for pissing all over respected properties I found not liking the guy rather difficult. Firstly, he seems like a very nice person and always references movies I like a lot during interviews. Secondly, his films are often about or feature things that I want to see, are of technical competence and even show flashes of the absurdity and imagination I hold so dear. So why on earth do I react so badly to his movies? Then, one day, a realisation hit me like a CGI face hugger: it wasn’t a matter of quality but one of pedigree.

Anderson is a B movie filmmaker through and through yet he is constantly handed projects of arguably better stock. That sounds snobbish I know, however If you've read anything of mine you'll know I'm anything but. I am not intending to dismiss B movies, but rather suggest the films Anderson gets to make are often adaptations, remakes or sequels of properties that have iconic status, critical or academic admiration or the weight of expectation upon them. In other words people know and love these properties and want to seen them cared for. 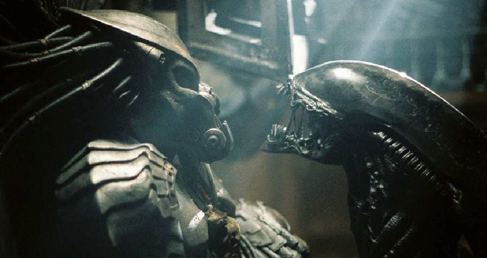 Let us cast our gaze upon AVP for a moment. On paper it sounds like a fun genre film. A group of disposable humans are dropped into an ancient arctic pyramid full of automated deathtraps only to find themselves further inconvenienced by being caught in a war twixt high-tech space hunters and slimy acid-blooded extra-terrestrials. It’s a full-on monster mash with decent production values and plenty of schlock. Unfortunately it falls into, and utterly fucks with, canon for the Alien and Predator movies which are both anything but schlock.  The first Alien movie totally transcended its genre trappings, becoming a film both utterly engrossing and worthy of academic study, while the second gave James Cameron a chance to prove he could make big, popular movies from fairly niche concepts. Predator, on the other hand, is very much an 80’s action movie but one that can be enjoyed entirely without irony. It also announced Stan Winston to popular consciousness and provided the monster hall of fame with an original and brilliantly realised creature. Although further entries into both franchises didn’t always honour the achievements of these early high points they certainly didn’t reduce them to simple surface level entertainment in the way that Anderson has. This reductive process irks me no-end yet I enjoy the mandibles off of AVP. Why?  Because I go in pretending it is not a part of the Alien and Predator series at all.

Bear with me on this.

Initially, referring to the title via acronym was something that annoyed me as it further evidenced the diluting of the property. However now it has become key to my enjoyment because not saying either 'Alien' of 'Predator' got me in the habit of disassociating them from their respective franchises. With that disconnect came a lowering of expectation and that allowed me to enjoy the movie for what it is, not what it should be. Go the whole hog and rename the film for yourself (something like Martian Charnel, E.T. Arena or Alienizer Meets Super Space Huntoid) and give it another go. Suddenly it is a director no longer pissing on prestige franchises but one having fun with guys in rubber monster outfits. You might find yourself having some fun too.

Let’s apply this process to Anderson’s other work. Go into Death Race under the impression it's called, I dunno, CARtastrophe or some shit, and it stops being a neutered and witless dumbing down of the cheap but razor-sharp black comedy from the seventies and actually reveals itself to be a rather undemanding and fun car crash flick peppered with post apocalyptic conventions. Resident Evil is a middle finger to the iconic game, swapping well-earned atmosphere and genuine dread for fucking laser-corridors and someone kung-fu kicking dogs. Zombastards!, however, is this fun little zombie flick that features fucking laser-corridors and someone kung-fu kicking dogs! Even Soldier, not based on an existing property but using a reportedly brilliant screenplay, might play well if we pretend it was released around the same time as Robot Jox, Crash and Burn and Arena. I haven’t seen The Three Musketeers yet, but I’m far more interested in a crazy steampunk swashbulker (that’s the title right there) than I am a classic tale re-imagined with bullet-time and air balloons.What happens when Anderson punches at his own weight? You get Event Horizon.

Not a masterpiece by any stretch, but a fun little genre movie that works exactly as it should.What I’m trying to say is don’t write the guy off just yet. Revisit some of his movies but before you do create a mental picture of yourself browsing your local VHS shop in the early to mid-nineties, finding a film with an outrageous title and an awesome painted cover and you just might have some fun. If you try this and it still doesn’t work, then you can go and write him off.  Of course this is just a way to enjoy his filmography so far.  How do we ensure that Anderson's future films are far more palatable? Here is the culmination of my musings, distilled into a succinct two-step plan:

1.     Someone tell him The Matrix stopped being cool a long time ago.

2.     Someone tell him he is a demolition derby racer.  If people give him bangers to crash they’ll thank him for it.  But if he crashes any more Bentley’s…