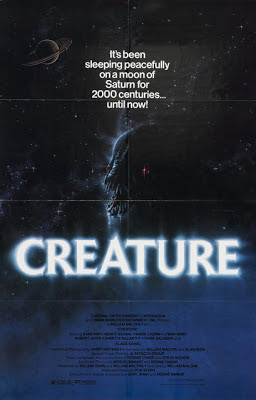 Shortly after Alien (Ridley Scott, 1979) exploded onto the screen, via John Hurt’s delicate rib cage of course, a range of knock-offs and homages flooded the market.  Works such as Galaxy of Terror (Bruce D. Clark, 1981), Xtro (Harry Bromley Davenport, 1983) and Forbidden World (Allan Holzman, 1982) are all arguabley influenced by Alien’s particular blend of industrial sci-fi and icky body invasion horror.  Of course horror and sci-fi are nothing new as the science fiction of the 1950s was almost entirely about the terrors found in space or said terrors finding their way to Earth.  Then there is Planet of the Vampires (Mario Bava, 1965) which mixes gothic horror with science-fiction to a create an aesthetic that Alien built on considerably. Yet Alien’s popularity made producer’s realise there was gold to be mined here and so, like afterbirth, once Alien had entered the world out plopped the extra-terrestrial sci-fi horror knock-off.

In most cases these films riff on just elements of Alien (a similar plot device here, a creature design there) while generally upping the nudity/sleaze. Creature, on the other hand, pretty much scavanges everything it can. It looks, feels and plays like Alien far more than the others. This is not a bad thing. 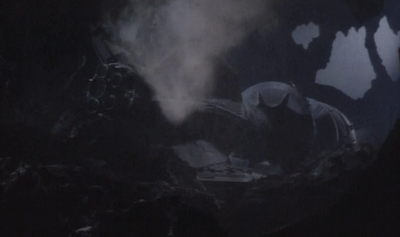 Firstly, in order to mimic Alien, it actually required some production value. The opening explosion is a weak and the monster, when finally revealed, is a little bit shit.  But the film has some nice model work, an orchestral score, the sets are effective and the atmosphere created works really well. 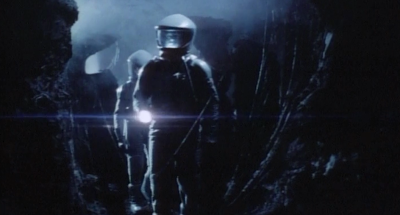 There is not one gore shot that looks cheap nor does the camera cut away denying us some satisfying gunge because it might stretch the budget. We get a decapitation, an exploding head, plenty of red wall splatter, a nice melty zombie and a whole face pulled off. 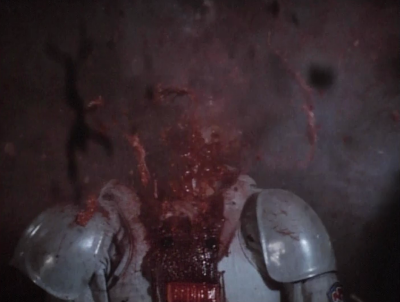 The performers are for the most part okay for this kind film, possibly even good. At least you think that is the case until an arse-grabbing Klaus Kinski turns up and shows them all how you really command the screen. Not only that, but it’s a rare example of Kinski being in a b-movie and actually having his own voice. His introduction livens the film up at a point that things could have started to become tiresome. 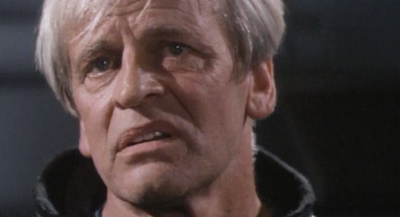 A lot of charm lies in the fact that the film is a budget version of Alien and, more importantly, knows it and as such it is not afraid to have a little fun. The opening three minutes telegraph the demise of two characters so much it is almost parodying the poor stupid monster fodder that get it so early on in these films. 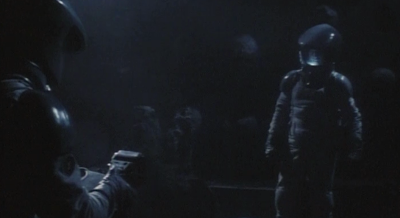 It is also apparent that in order to save some money they raided Ben Burtt’s audio library. A very recognisable Star Wars blaster effect is used for spaceship engines, doors opening and closing and in one scene just sounds off in the background a couple of times for the sheer hell of it. 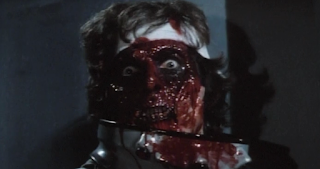 There is a scene near the end that convinces me that not only did the film-makers know damn well they were capitalising on Alien's popularising of sci-fi horror, but that they didn’t really care because they knew that, as I said earlier, the sub-genre was at this point nothing new. The scene in question is where the surviving characters come up with their plan to destroy the monster. The plan itself is a direct lift from the third act of The Thing From Another World (Christian Nyby, 1951). This is acknowledged, but not in a subtle way. Oh no, the way this plan is introduced is by the lead saying “Did anyone see that old film…”.  Yep, the character literally nicks the plan from another movie.

If you are looking for a version of Alien that isn’t quite as cheap as many of it’s imitators, but that still ups the gore and, more importantly, the fun, then I really recommend scouring the coolant filled service tunnels of the internet (well, Netflix) to hunt down Creature yourself. 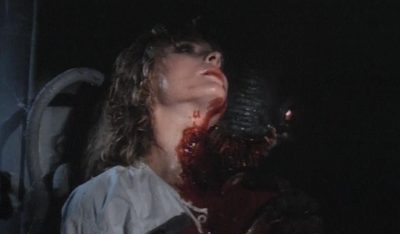